Back in January when John had his first interview for a job in Houston it seemed like a really great opportunity and one that could not be passed up.  After being offered the job on 28 Feb it all seemed to snowball.  John's visa was approved within a few weeks, we had to decide whether to sell up or rent, what to do about Moss, what to do about schooling for the Teenager (who would like it if he didn't have to go to school anymore), when to hand in my notice, when would Samuel and I need visas and would we get them?

Removals, selling up, containers, flights, housing - all these words completely stressed me out.
Moss was to go and live with his friend Max in leafy London but nature had another plan and we lost Moss on 2 June.  As traumatic as it was I now see it was for the best.  It still gets me upset thinking about him. 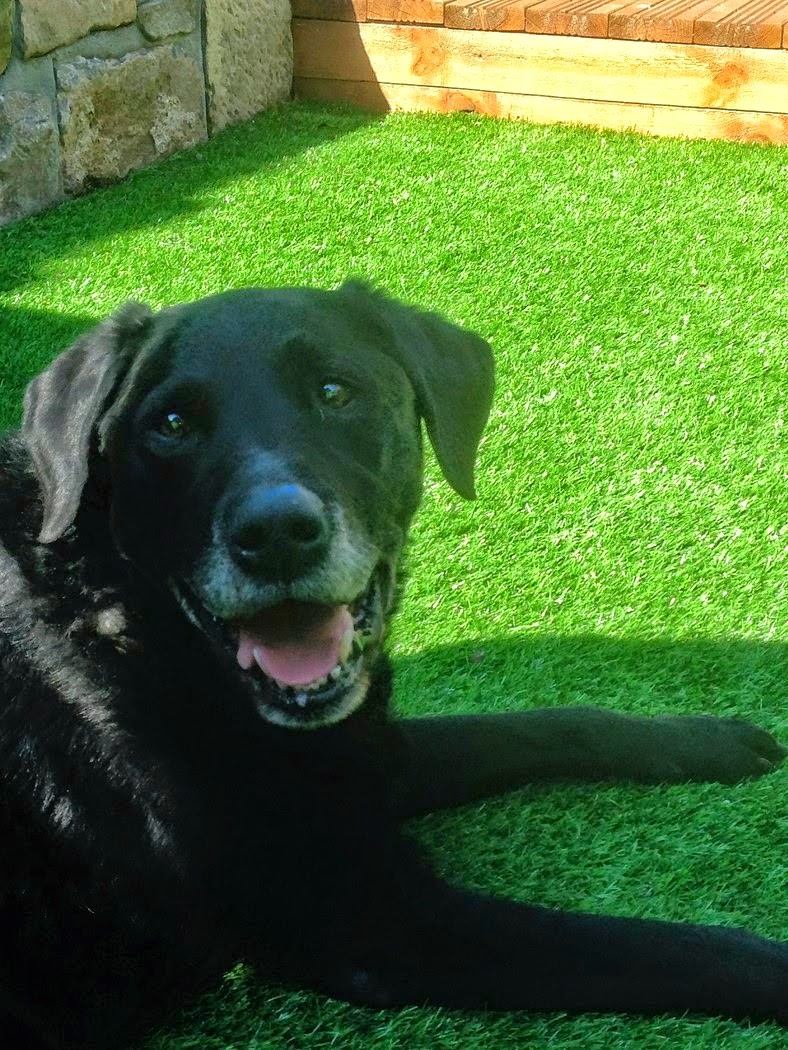 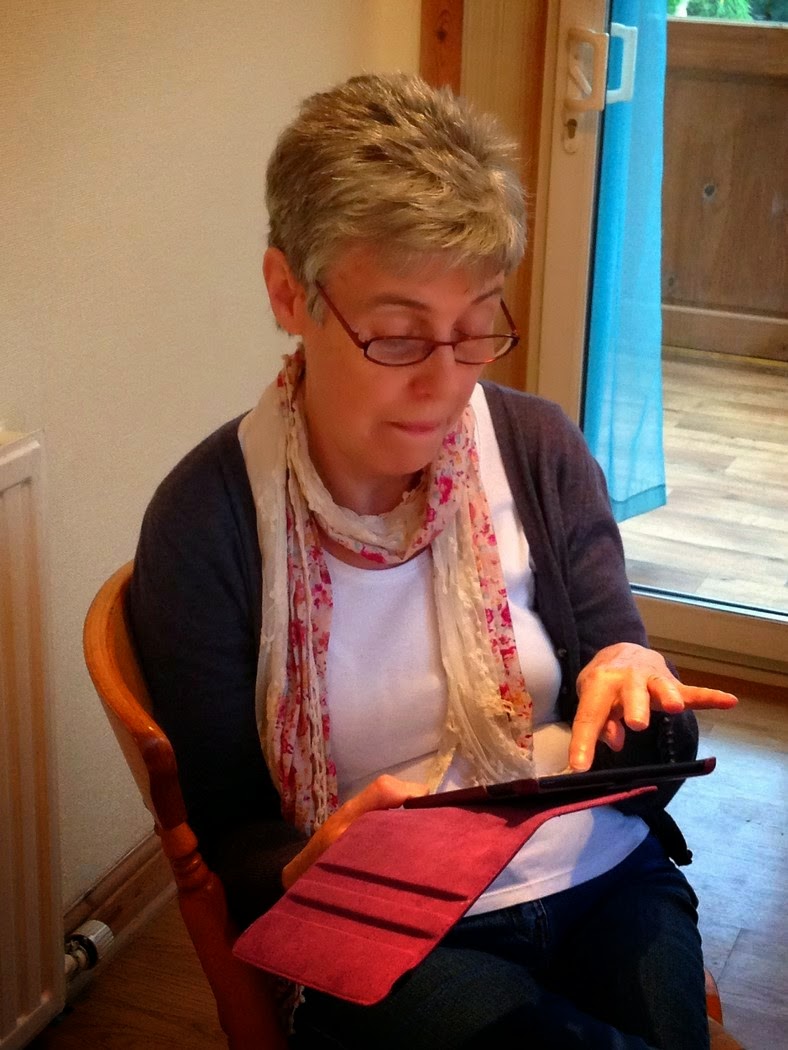 Skip forward another three weeks and I've finished work, Mum's been for a visit (and I thank her again for all her help in that week, as my kitchen cupboards were sparkling and it was one less job for me to have to worry about), the packers are in and I'm sat across the road whilst they load the container.  The Teenager has gone to see his pal. 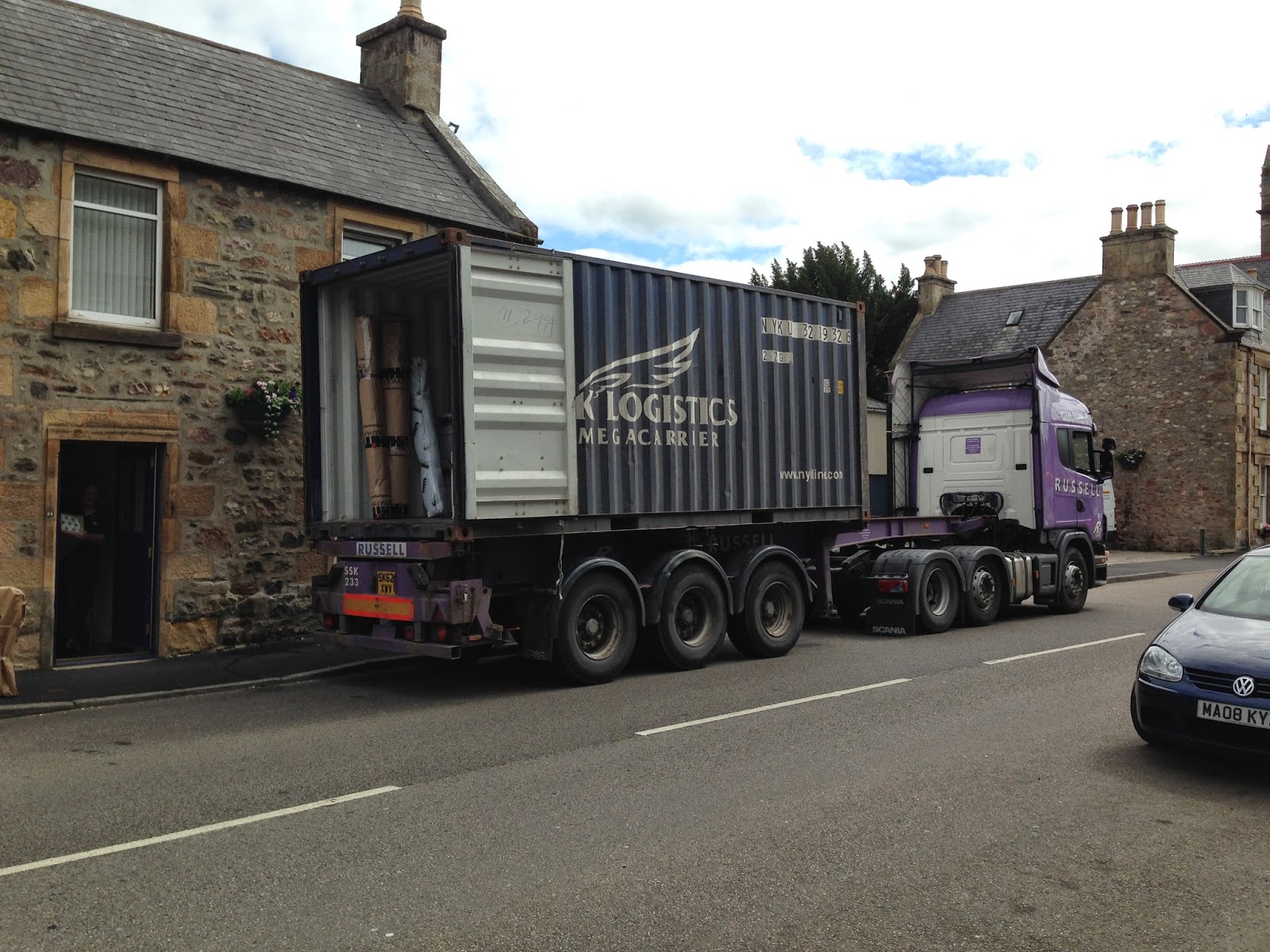 The container has gone, the house is hoovered, the door is locked and our friend Joanne is giving us a lift to the airport.  Another big thank you to both Joanne and Karen without whom I couldn't have gotten through the last few weeks.  I miss my drinking buddies already :0)

We're down in London for the night staying with my sister and BiL.  It's nice to see them even if it is only for a few hours.  The stress seems to be lifting now everything is out of my hands. 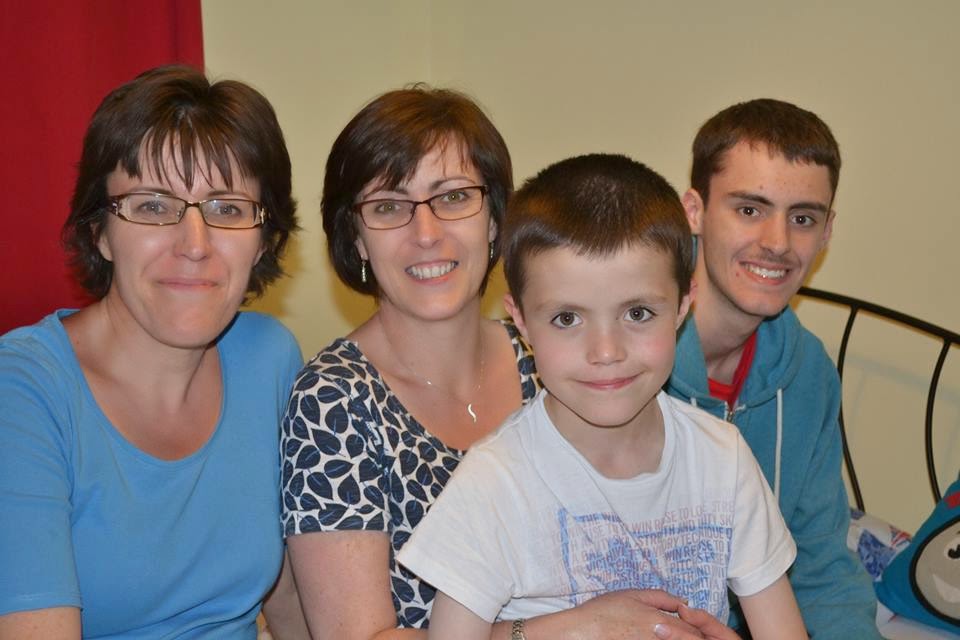 Up early the next day to catch our flight from Heathrow.  I don't like long haul flights but we were seated in World Traveler Plus which give us a little more space and nicer food!!
A 10 hour flight - thank heavens for in flight movies and plenty to eat and drink.

We arrive safely and have no problems getting through immigration or customs.  John is waiting on the other side and it's so nice to all be together again.

Our home for the next 6 weeks is a nice apartment in Katy.  It has a pool so what more can you ask for? 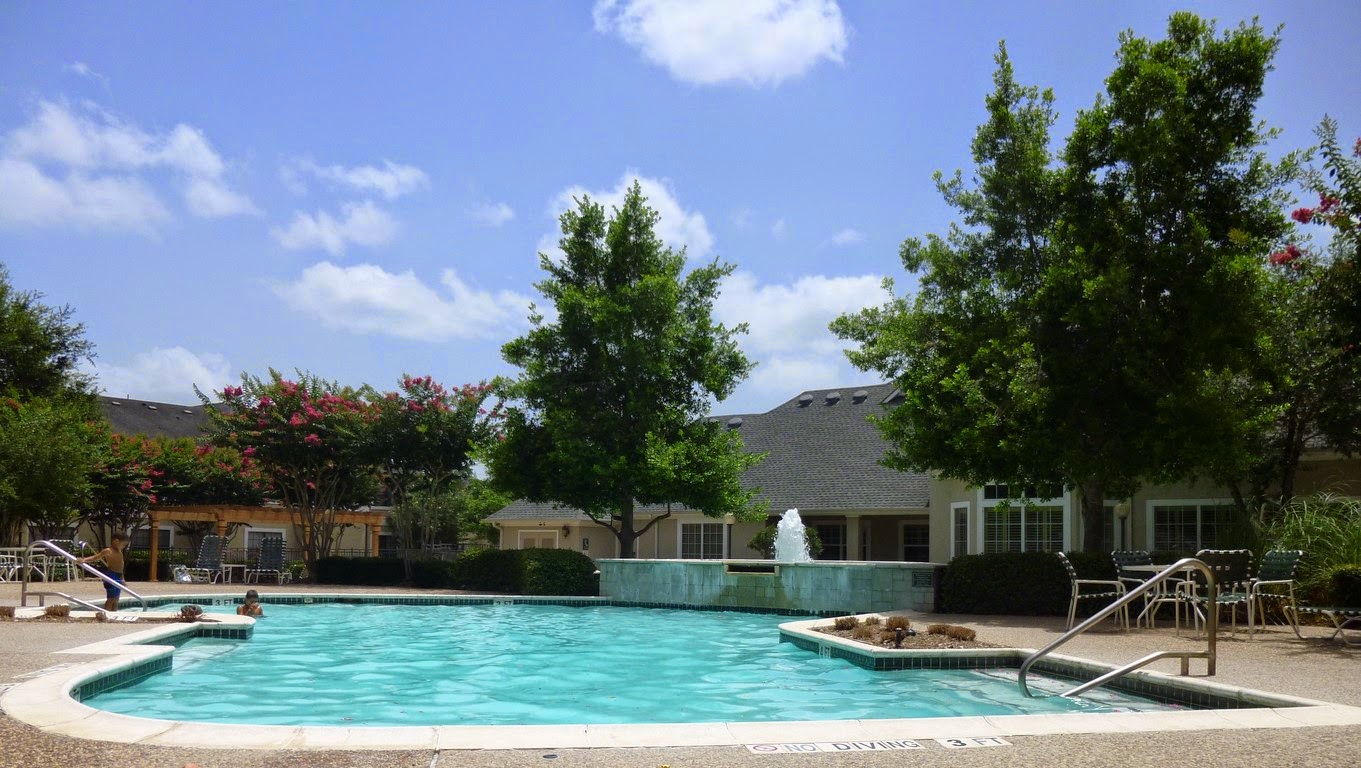 There is a lot of concrete in this particular area but there are lots of leafy green areas and parks too.  We've been house hunting and hope to find the perfect place for us soon so we can get ourselves properly settled once the furniture arrives.
We participated in our first 4th of July celebrations by going along to La Centerra (a shopping/restaurant area) and checking out the displays and watching the fireworks.  We had natures own fireworks display for about 2 hours whilst we were waiting, in the form of a lightening storm.  It was totally amazing.
We've been driving round the local area looking for sports clubs for the Teenager.  So far he's managed to find the gun club which suits him fine.  Clay pigeon shooting is also on the agenda. As is archery.

I've found a Michaels and a Jo Anns both of which sell paper crafting things so I'm sorted too. 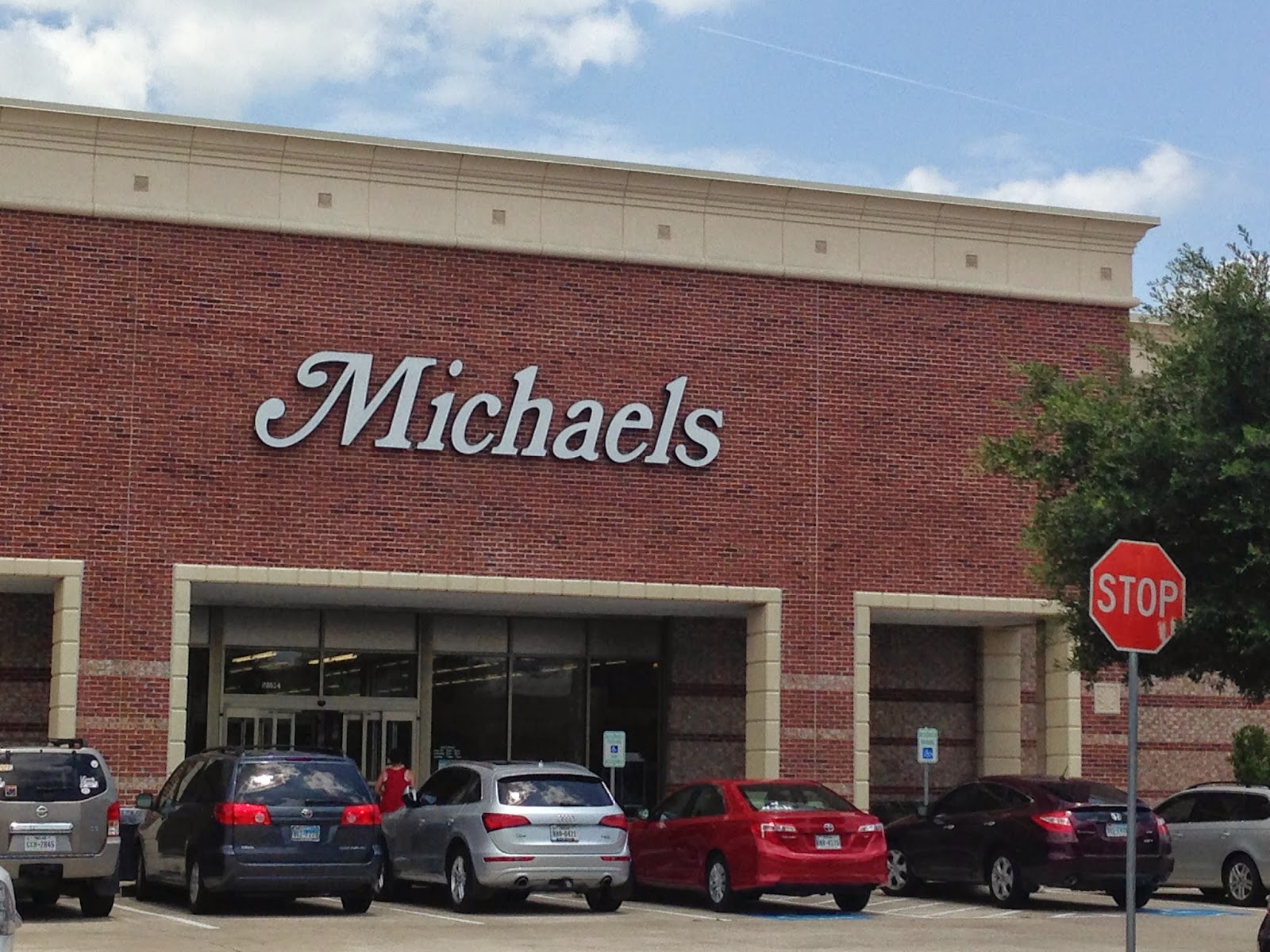 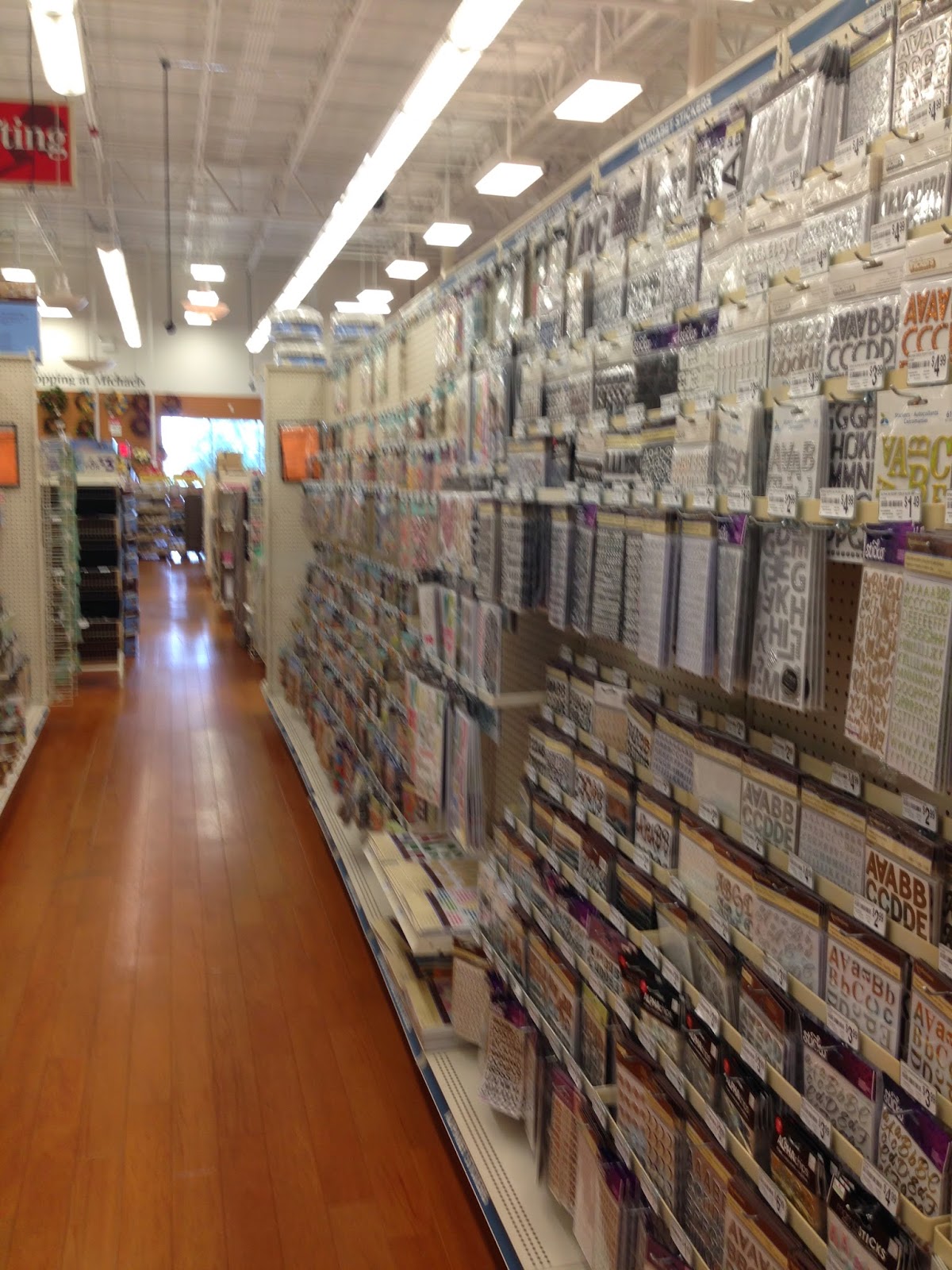 Katy is a huge place, probably the size of Elgin to Fochabers combined, squared and add a bit more.  It has some lovely people and apart from the fact they all drive like maniacs it's starting to feel like home.