Thought it was time to do a little update on how we're getting along over in Texas.  Family will already know the in and outs of our weekly routine as I've been very good at writing letters every week or so.

I can't believe we've been here 4½ months already.  The first 5 weeks in the apartment seems so far in the past I can hardly remember them at all.  I didn't really like the first few weeks as I hadn't met anyone new, Samuel wasn't at school, I didn't have a car to get out and about and none of our stuff had arrived from the UK.

Once we moved that all changed. 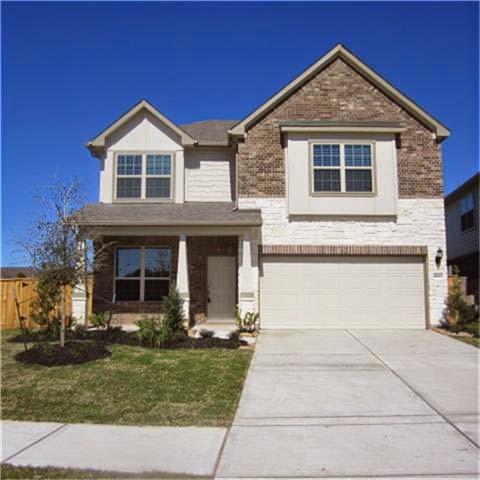 We had things to do every day.  We had the house to sort out and fix up just the way we wanted.  We had new furniture to buy.  We could walk to the local shop if we wanted without having to walk along the main road with no pavement (side walk).
I finally managed to get to the Expat groups, coffee morning as one of the ladies who organises it gave me a lift.  It was nice to chat to other ladies in the same situation as we were.

We had Samuel's schooling to sort out.  He was coming from a school of 500 kids to one with 3500. We had subjects to sort out as he has to have credits in US Government, US History, Economics and Health and Speech to be able to graduate next June.  The whole system was completely alien but he's coped really well and taken it all in his stride. 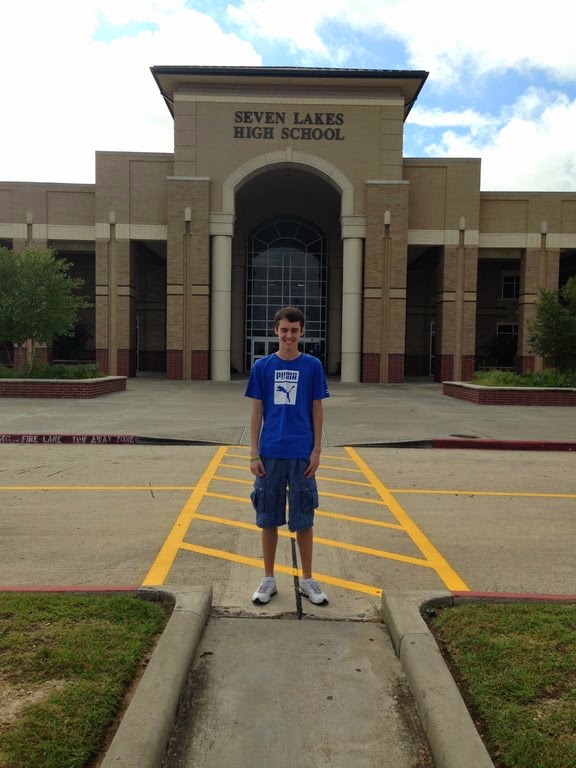 I'm not saying it's all been plain sailing as it hasn't.  Samuel's first day at school was hideous and he said it "Sucked" and he didn't want to go back.  Luckily two young ladies took pity on him the second day and they introduced him to more kids and he now has a really good group of friends.
I've had a few "Blips" too where I've not been able to get a lift to go to coffee or line dancing and felt that I had no friends and I was all alone.

Looking back it all seems a little silly now.

I've started line-dancing and I absolutely L♥ve It.  All the ladies that go are really friendly and I've made some new friends through it and we now meet for coffee before we go and have a chat about life in general.

I also volunteer at the school twice a week.  Two hours on a Tuesday in the library and two hours on a Friday in the workroom doing the photocopying and laminating.  It's like a home from home and the staff are really nice.

There is also a walking group that meets once or twice a week which is great as I get to see some greenery!!

Samuel has taken up Airsoft and loves nothing better than running around, dressed up in camo gear playing war with like minded people. 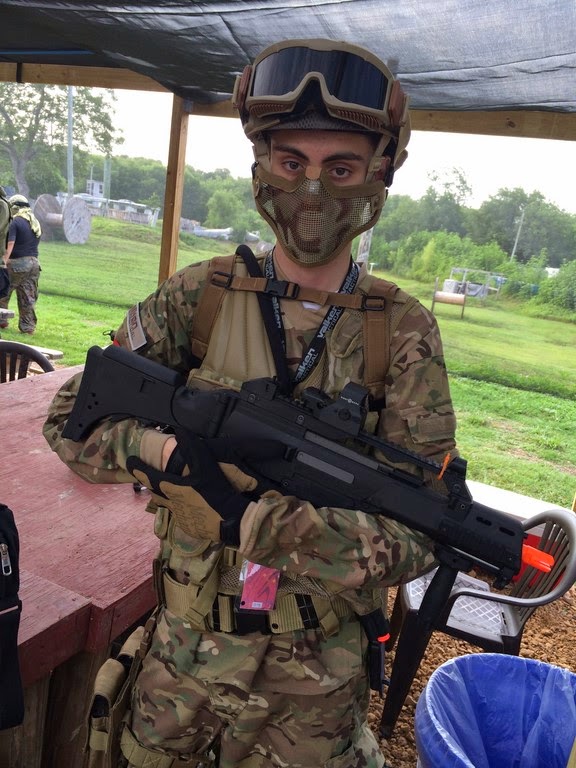 He's joining in things at school and has done the dress up days an few times and even decided (last minute) to go to the Homecoming dance with his friends.  John thought he'd only be there an hour but he stayed to the end and said he enjoyed it.  Long may it last.

John has started at the gym and goes on his way home from work.  He said he missed going.  I don't see the appeal but he likes it so that's all that matters.  He's working hard so doesn't get time for much else during the week.

I've finally got the two of them to go out at the weekends and visit things locally.  We would have liked to have gone to the ice cream factory but it's closed at weekends!!!  We had great fun checking out the alligators at Brazos Bend State Park last week.  Shame we forgot both the camera and the binoculars!! 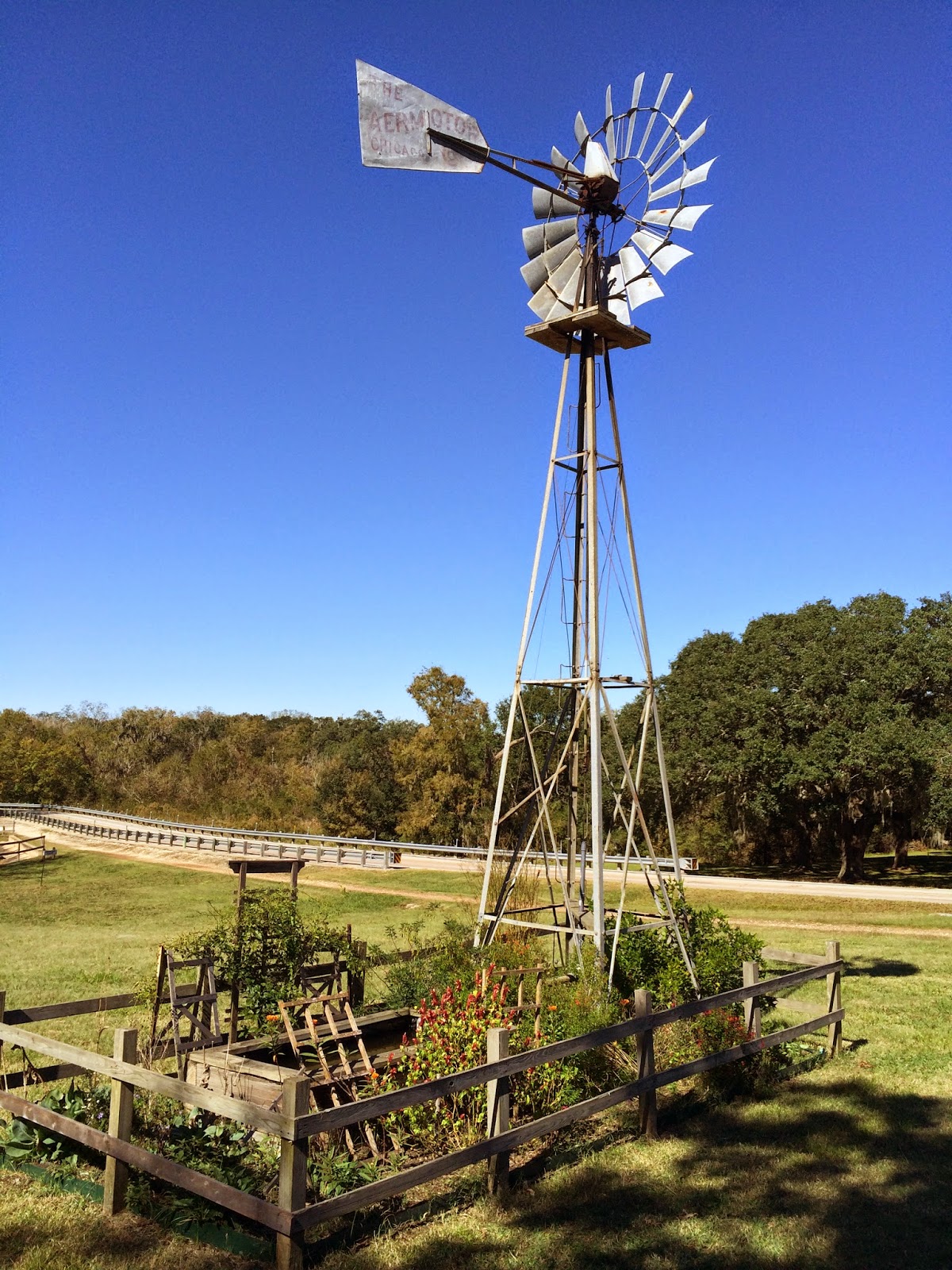 I'm making a long list of places to go and we'll just tick them off one by one.

I've kept in touch with Nancy, the Realtor that got us this house and every now and again we meet up for coffee or  to go and see things locally.  So far we've been to see the Fall Homes Tour where we saw some fantastic houses I'd be quite happy to live in :0)  Home theatre room anyone? 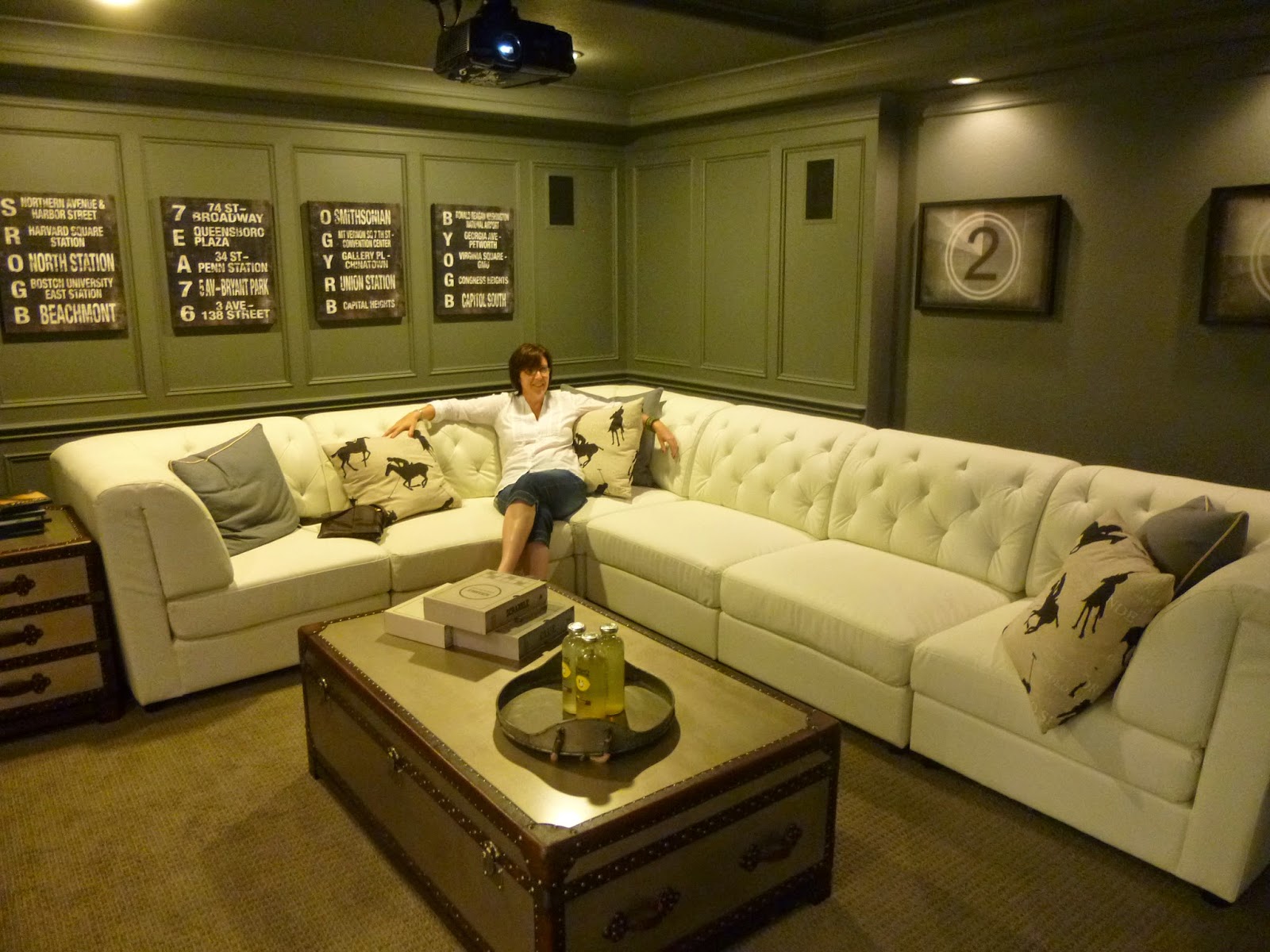 and also the Nutcracker Market in Houston which is a HUGE indoor, Christmas market and is wall to wall Christmas decorations and presents.  No photography allowed!!  But I did sneak in one or two!! 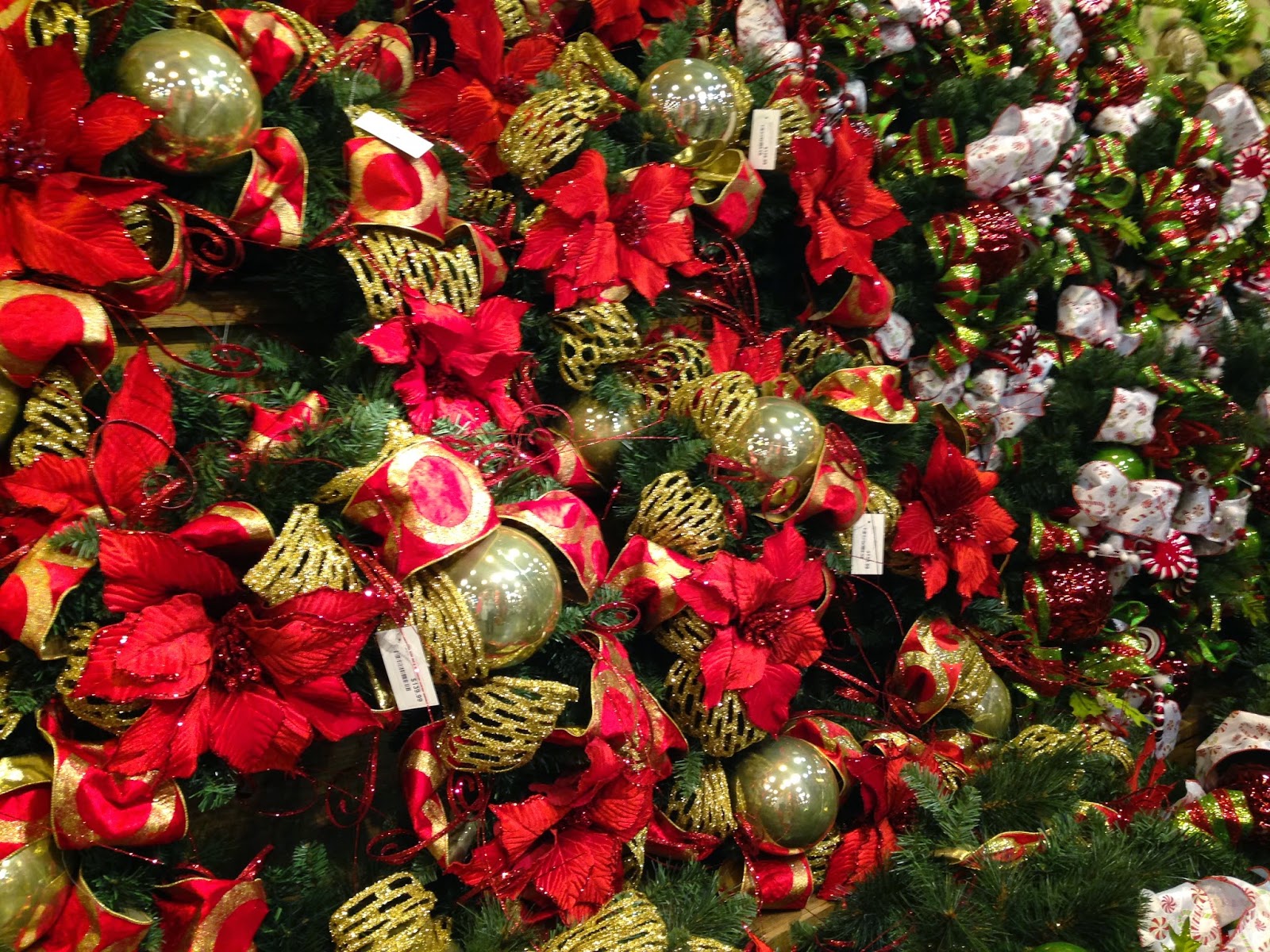 So there you have it.  That's about us up-to-date.  I've got a few things to be getting on with in the next few weeks.  Like
♥  Ordering a cap and gown for Graduation next year
♥  Arranging for Samuel to have Graduation photos taken as the last lot were dreadful.  They were too "staged" for our liking and not natural looking at all.
♥  Arranging flights for my mum to come out for Graduation.
♥  Trying to help Samuel choose which subjects to exempt in his exams this December.  Next year, if he has good grades and good attendance he doesn't have to take any exams at all.  Yay :0)
♥  Organising places to visit when my sister and family come to stay at Christmas.
♥  Organising sleeping arrangements and buying a mattress (otherwise someone will be on the camp bed!!
♥  Deciding what meals to have over Christmas and getting things ordered or purchased.
♥  And trying to lose those final few lbs so that my clothes fit properly before I blow it all over Christmas.