Had a text from the Teenager at 9.20 this morning saying he thought he needed to go to the doctor as he had a shooting pain across his heart and his chest was sore.  I got a call from the nurse who thought I should take him to the ER.  I picked him up and headed round to the nearest one.  They had him in and hooked up to an EKG machine before we could blink. 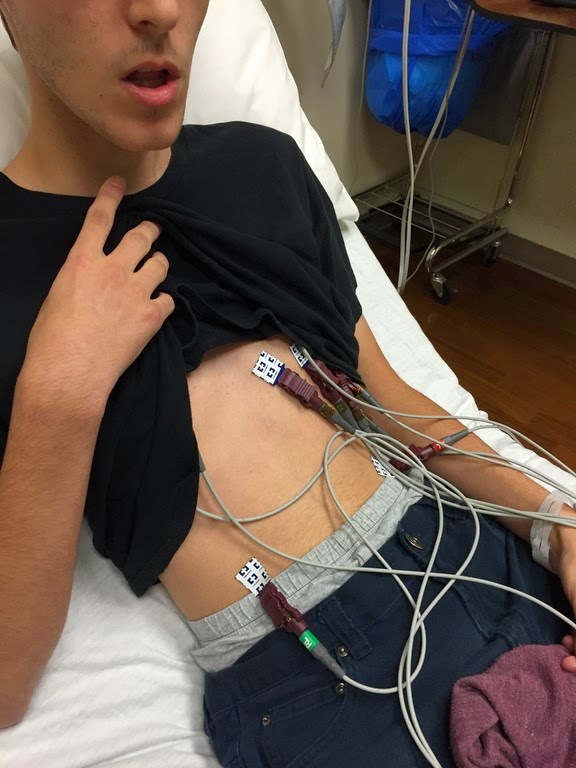 That also did an x-ray and took some blood.  He was not happy about the latter but did really well.  They ended up having to do both arms but he managed it in the end. 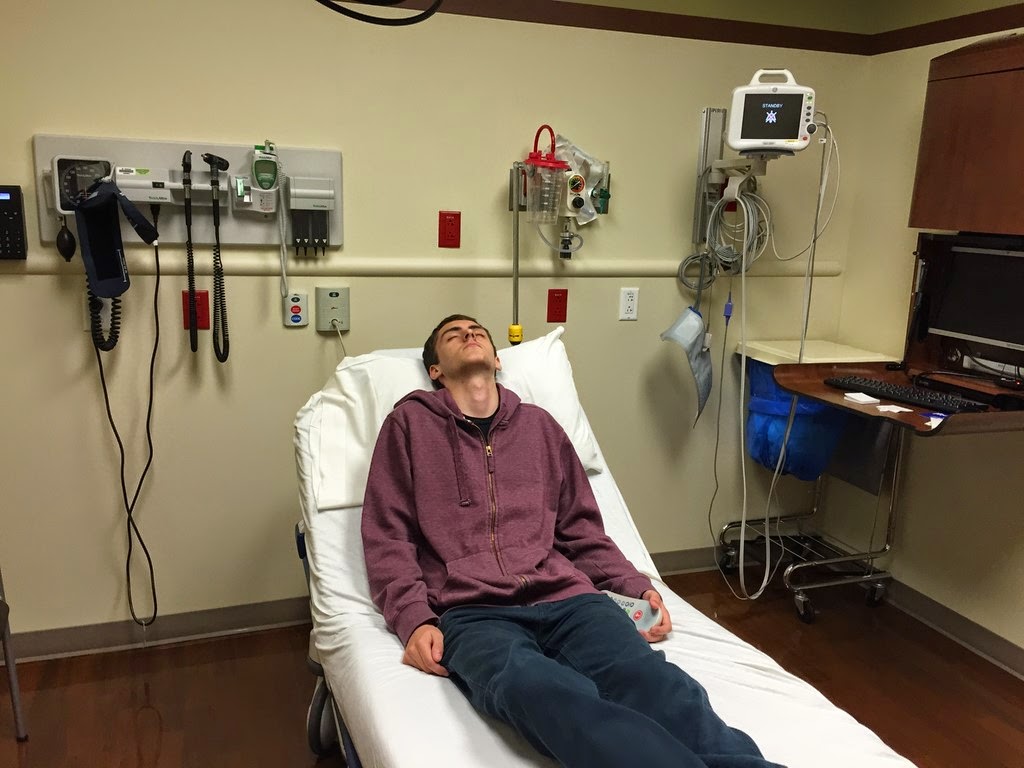 The Dr put it down as pleurisy which can give all the symptoms he had.  At least it's nothing serious and he's now fine.  The Dr told him to stay off school for the rest of the day.  You can imagine - he was not happy about that!!  :0)
Labels: 365-2014, Family