Sunday was our day to go to the Rodeo in Houston.
We picked that day because Fall Out Boy were playing.
Not because we know anything about FOB
but because it was a weekend and it "Wasn't Country"!!

We missed most of the livestock show as it started at 7am!!  but I did laugh at this photo.
"Rear of the Year" 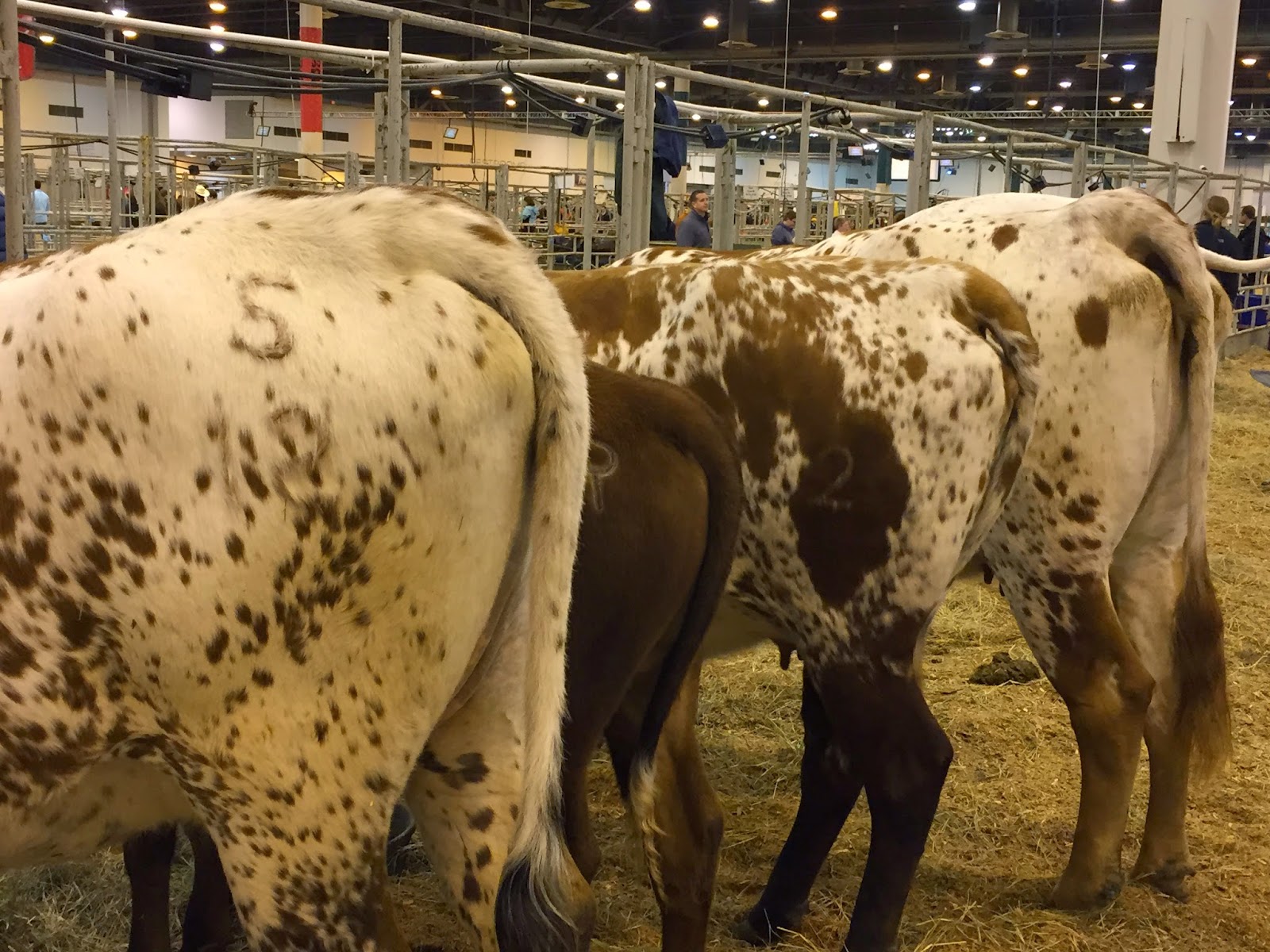 There were cows with very large horns.
looking incredibly fed up!! There were stalls selling all things "Cowboy"
with some having that extra "Bling Factor"
I told the stall holder I'd never seen so much bling in one place.
She laughed.  Probably because she didn't understand what I was saying :0) 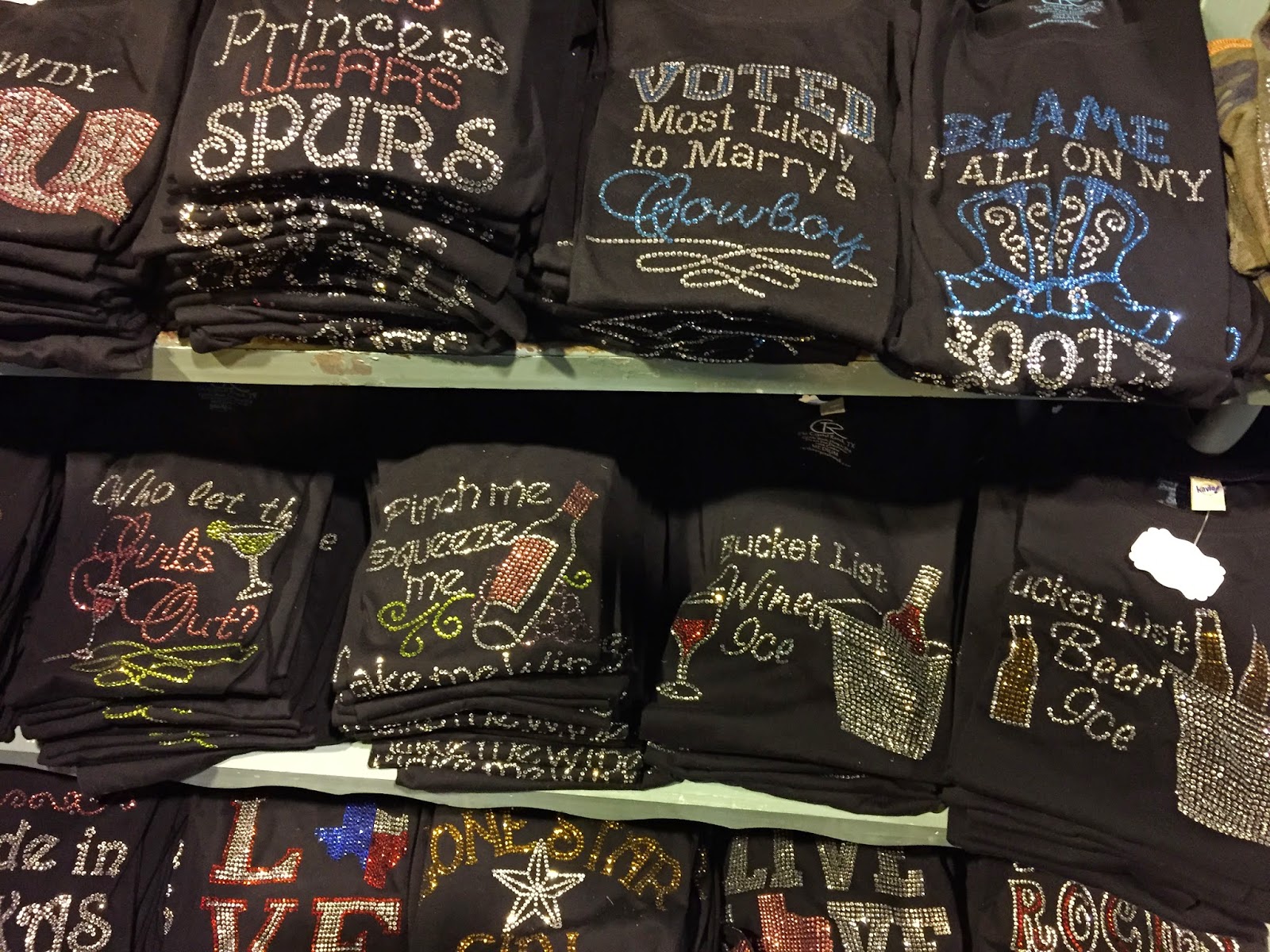 The stadium opened at 3pm so we headed over in the pouring rain.
As we had seats in the Chairman's Club
it meant being able to dry off and get something to eat before the show. 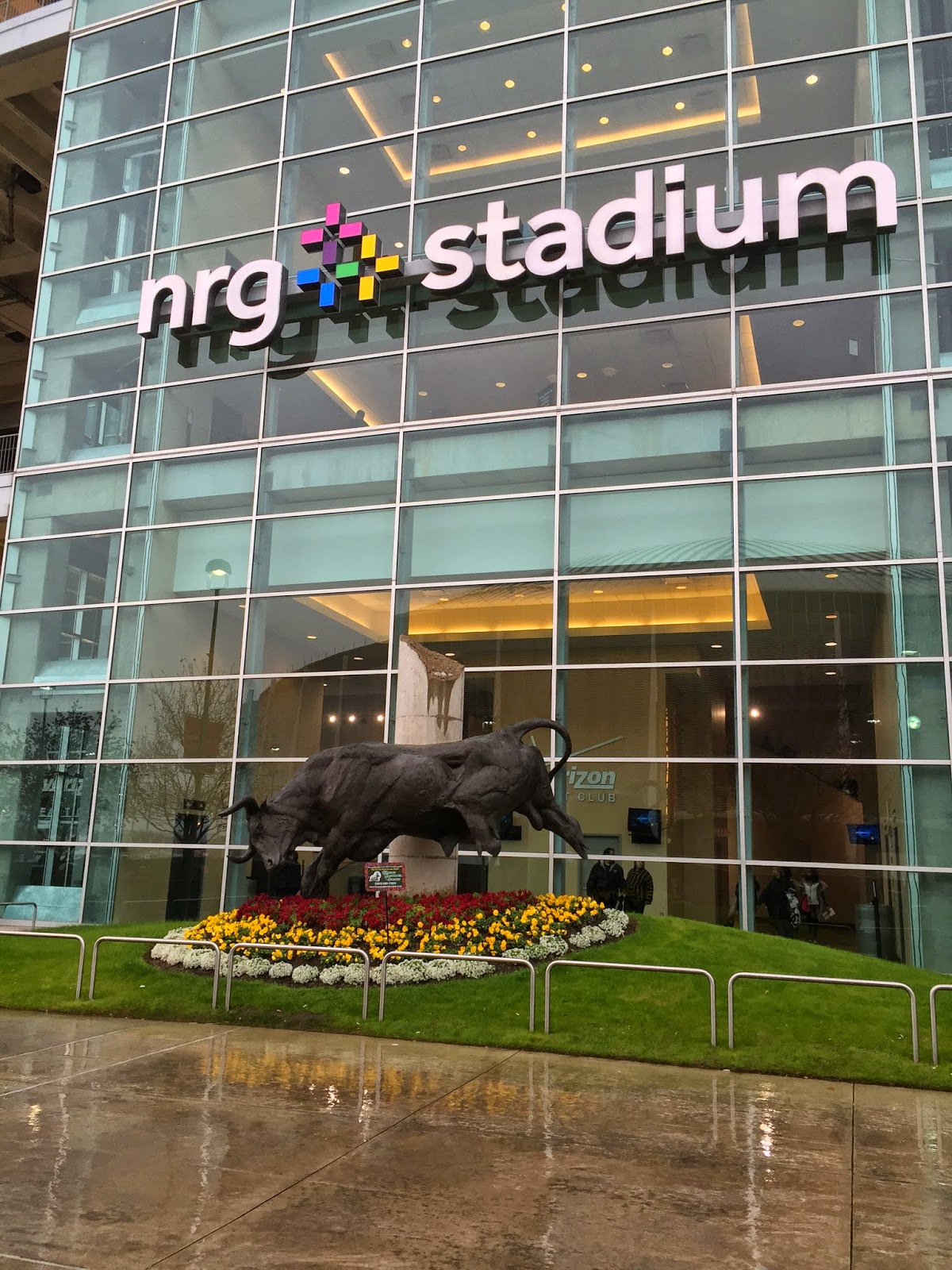 The view was amazing.
Here you can just see the riders warming up. 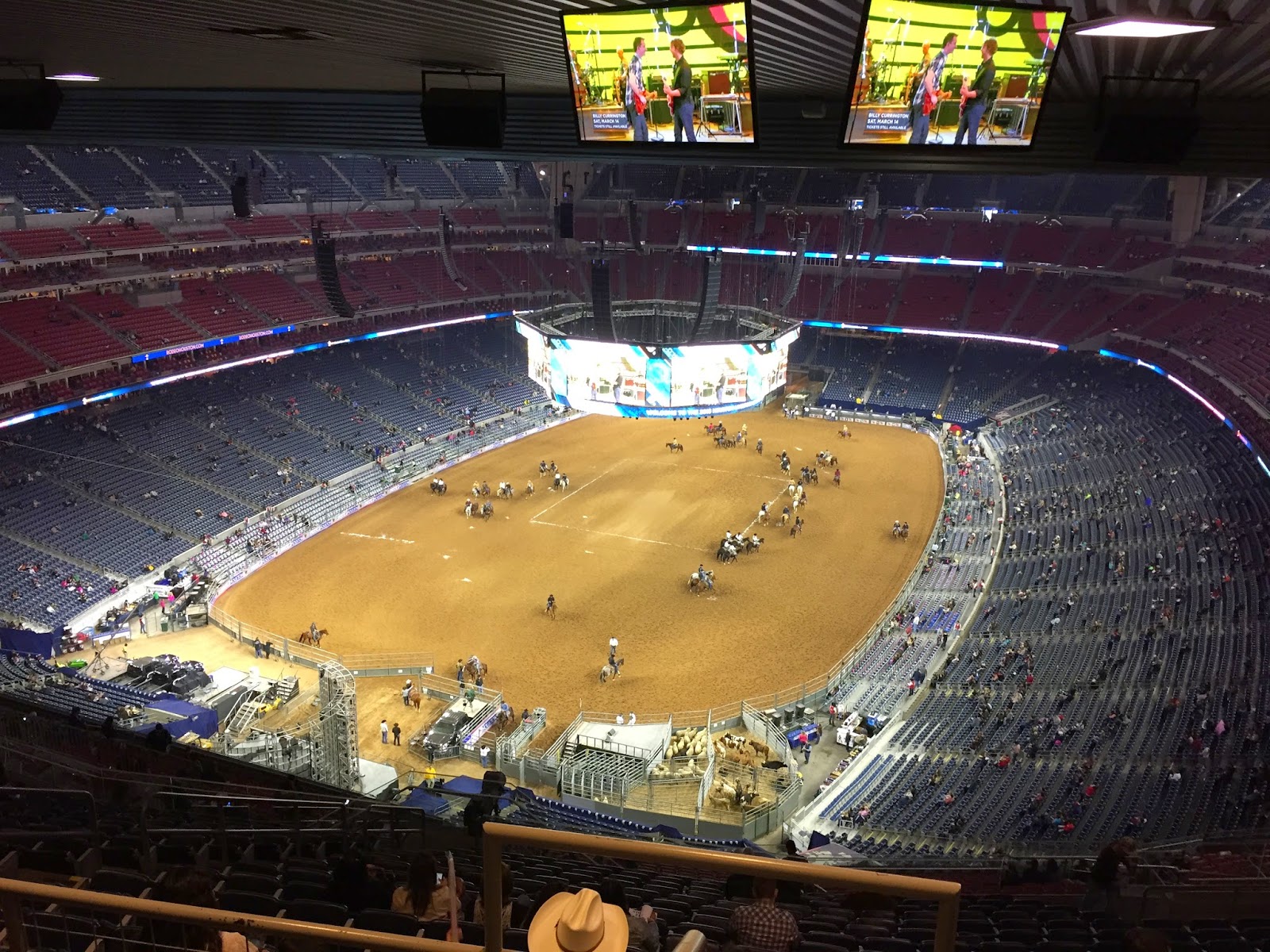 I was quite excited about seeing my first proper rodeo but then I read about how many animals die during the season it kind of changed my mind.
Every time a cow didn't get caught or the bull threw the rider off I cheered :0)

Here we have a cowboy roping a young cow (from start to finish)
I'm happy to say that the cow got up, unhurt and ran off to be with his pals. 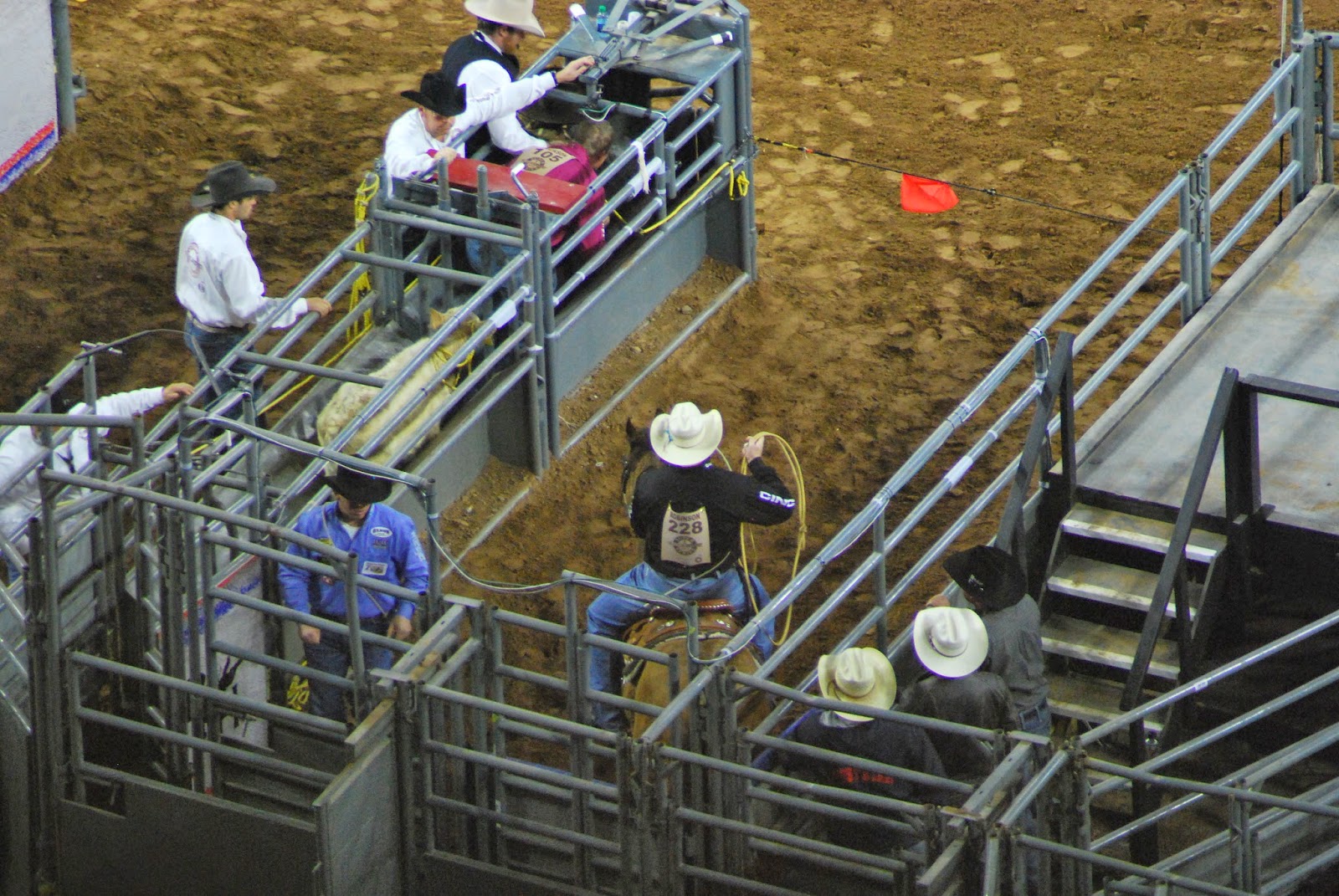 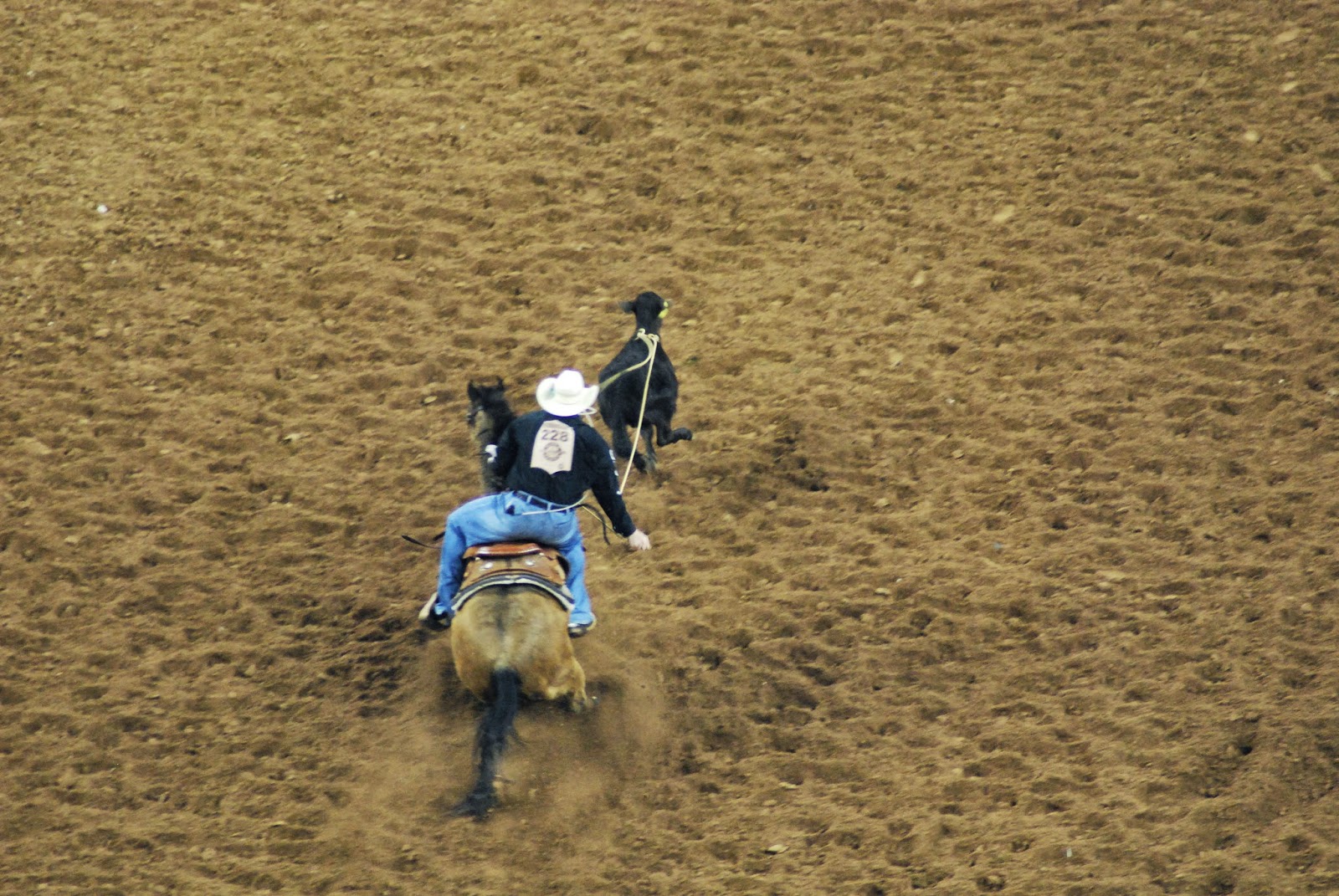 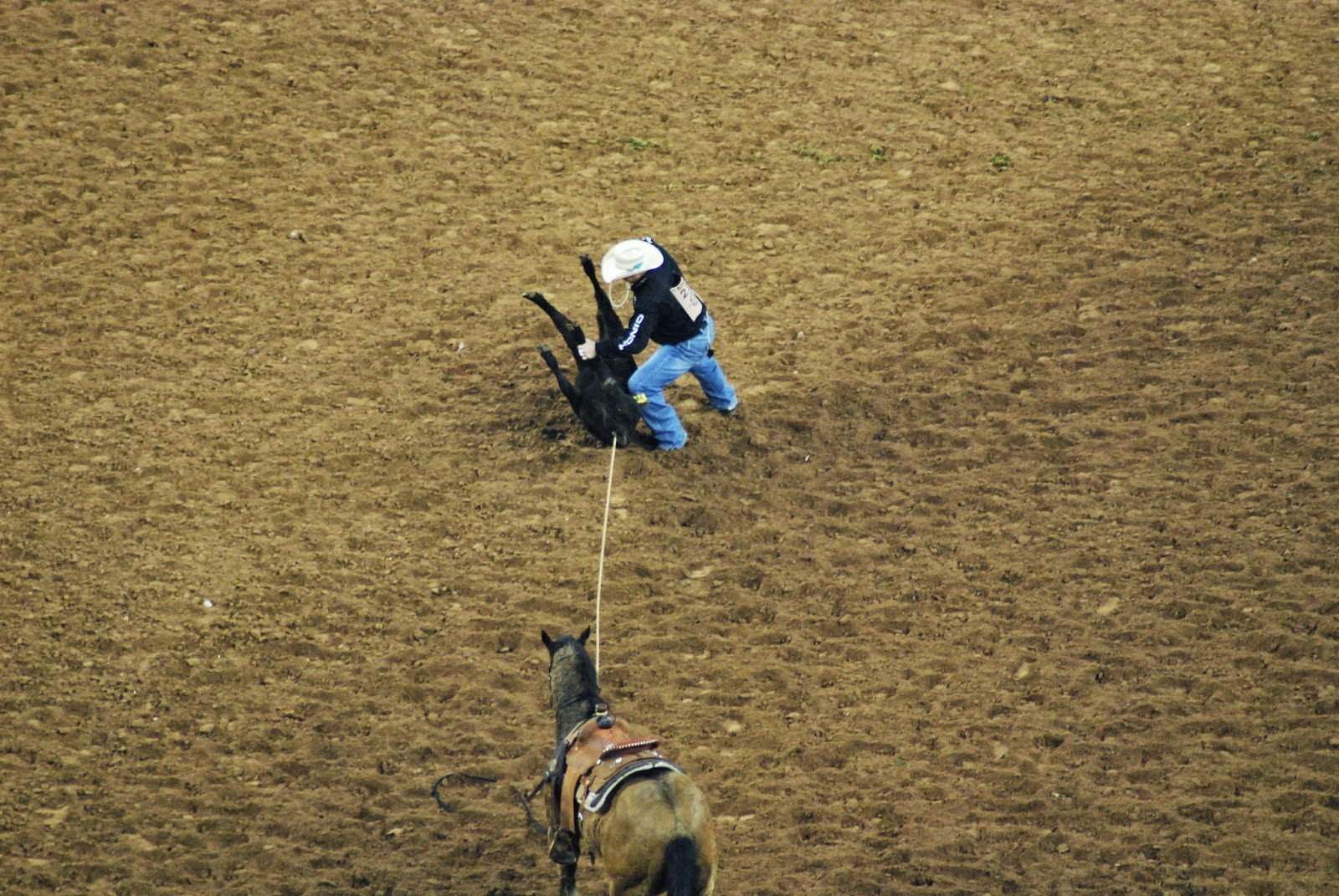 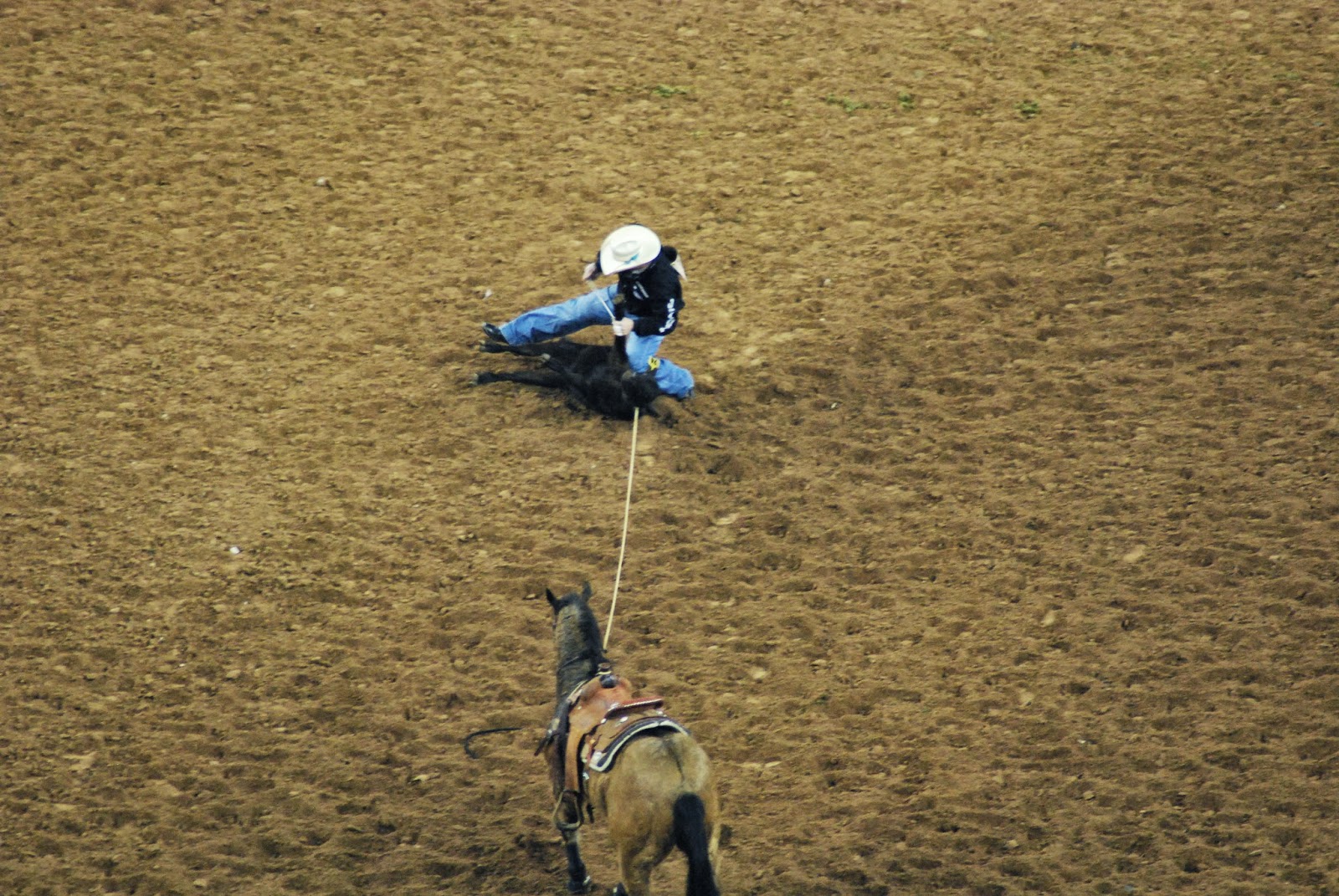 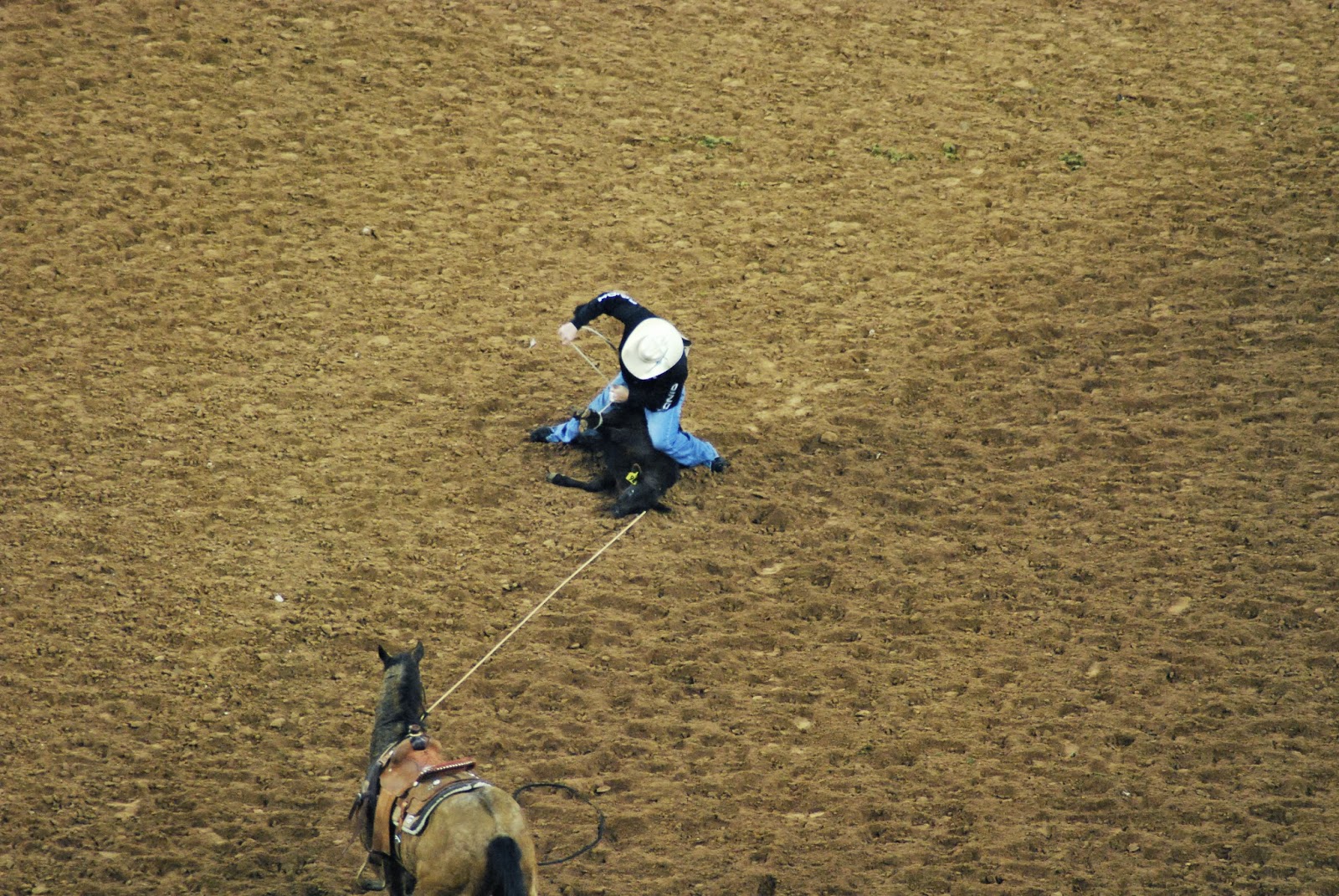 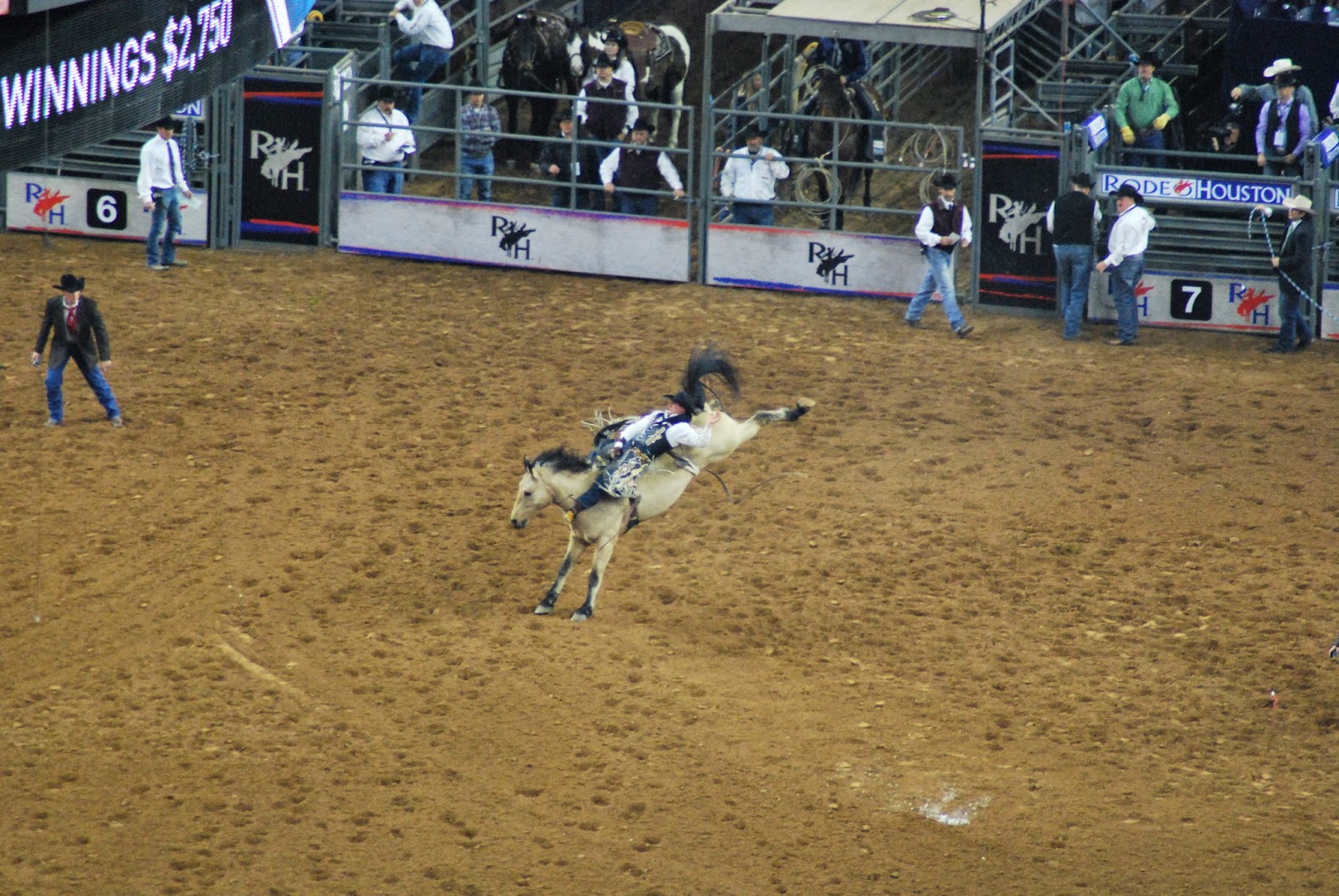 Then there was the "Longest 8 seconds in Sport" - apparently.
The bull riding. 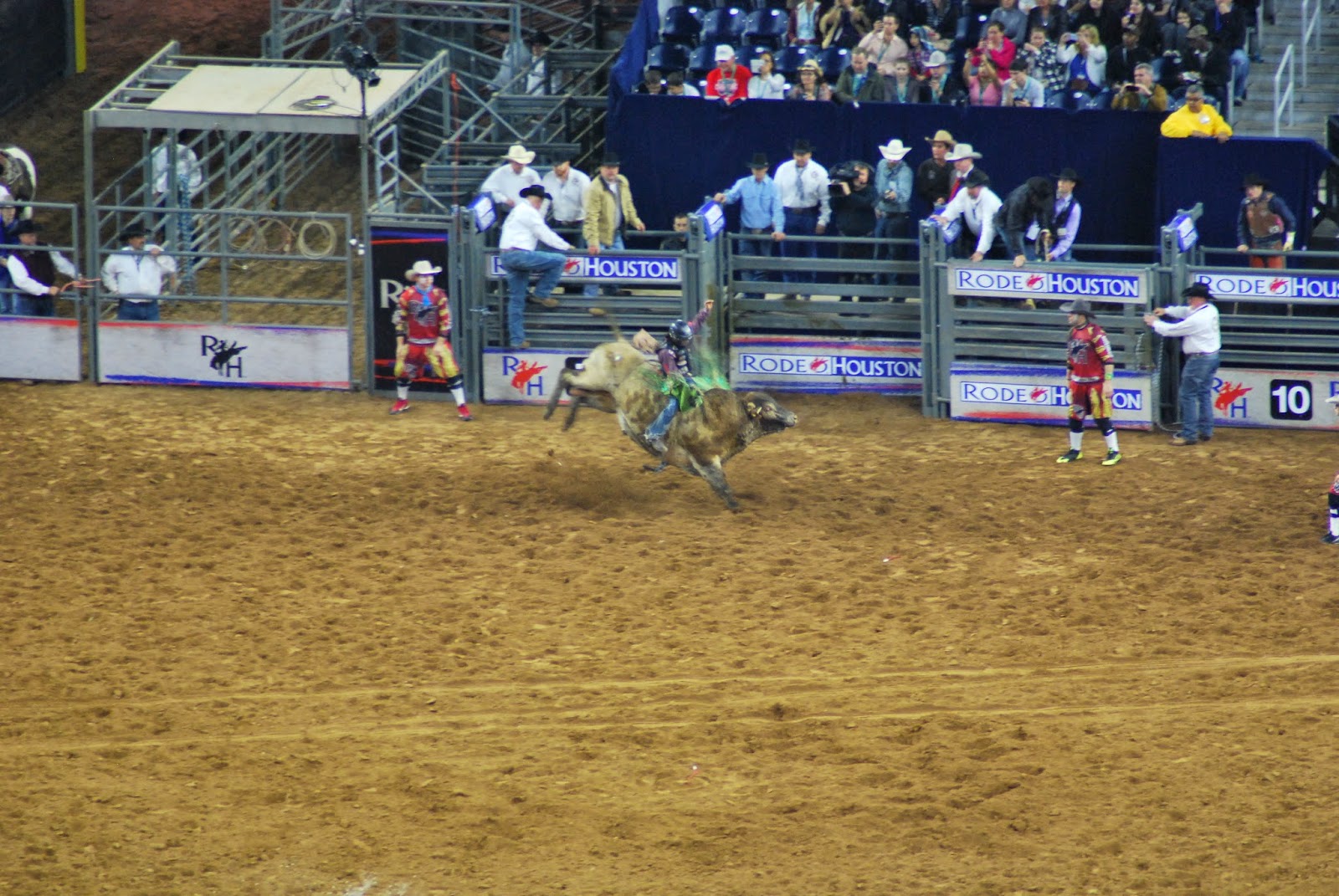 and something a little less harmful to animals but fun to watch.  Wagon racing.  Obviously being here for oil we were cheering on Chevron (who won in a photo finish). 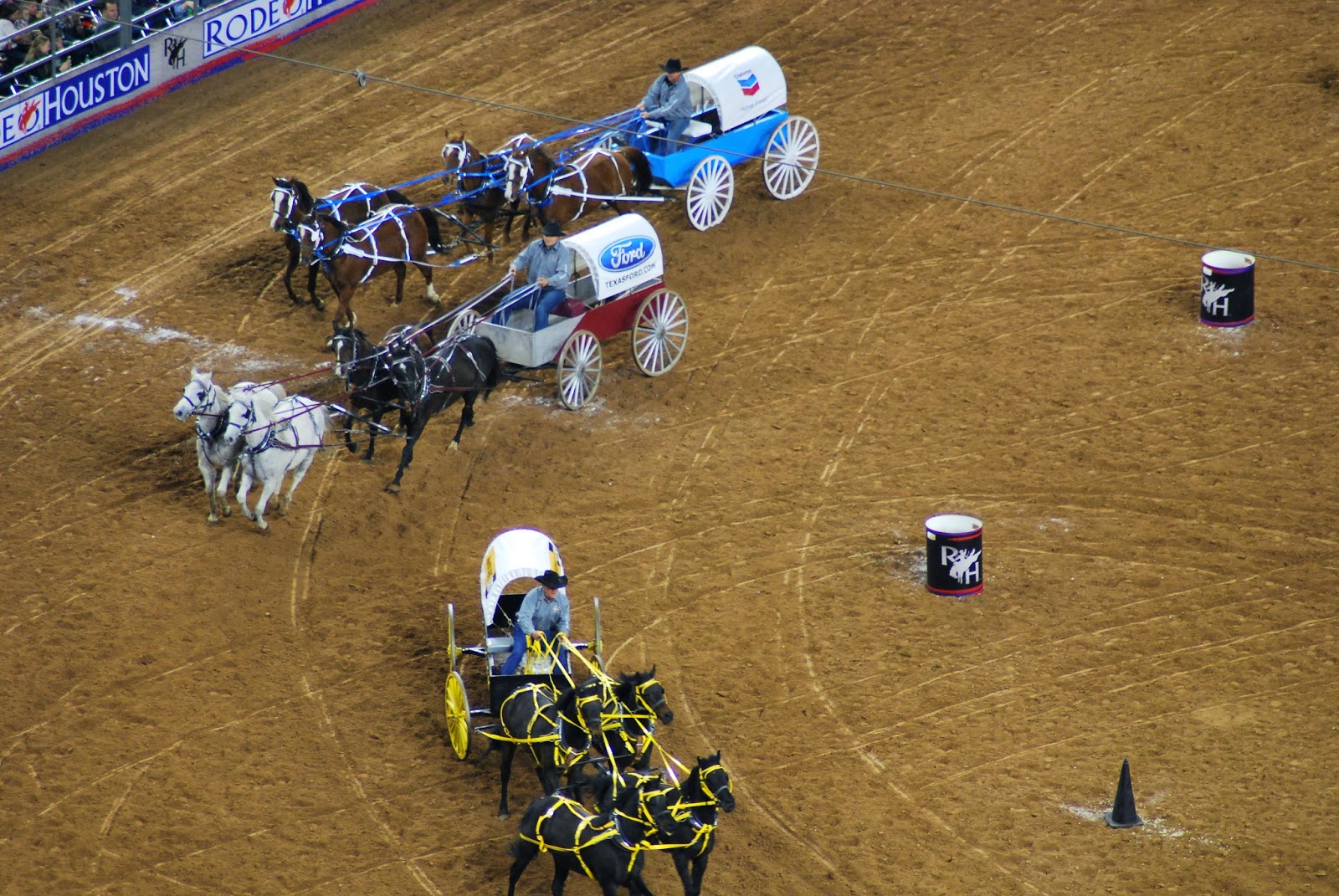 There was also Barrel racing which, it seems, is the only thing the girls take part in!!  I didn't manage any photos of that as I was too busy cheering them on.

After the rodeo came the concert. 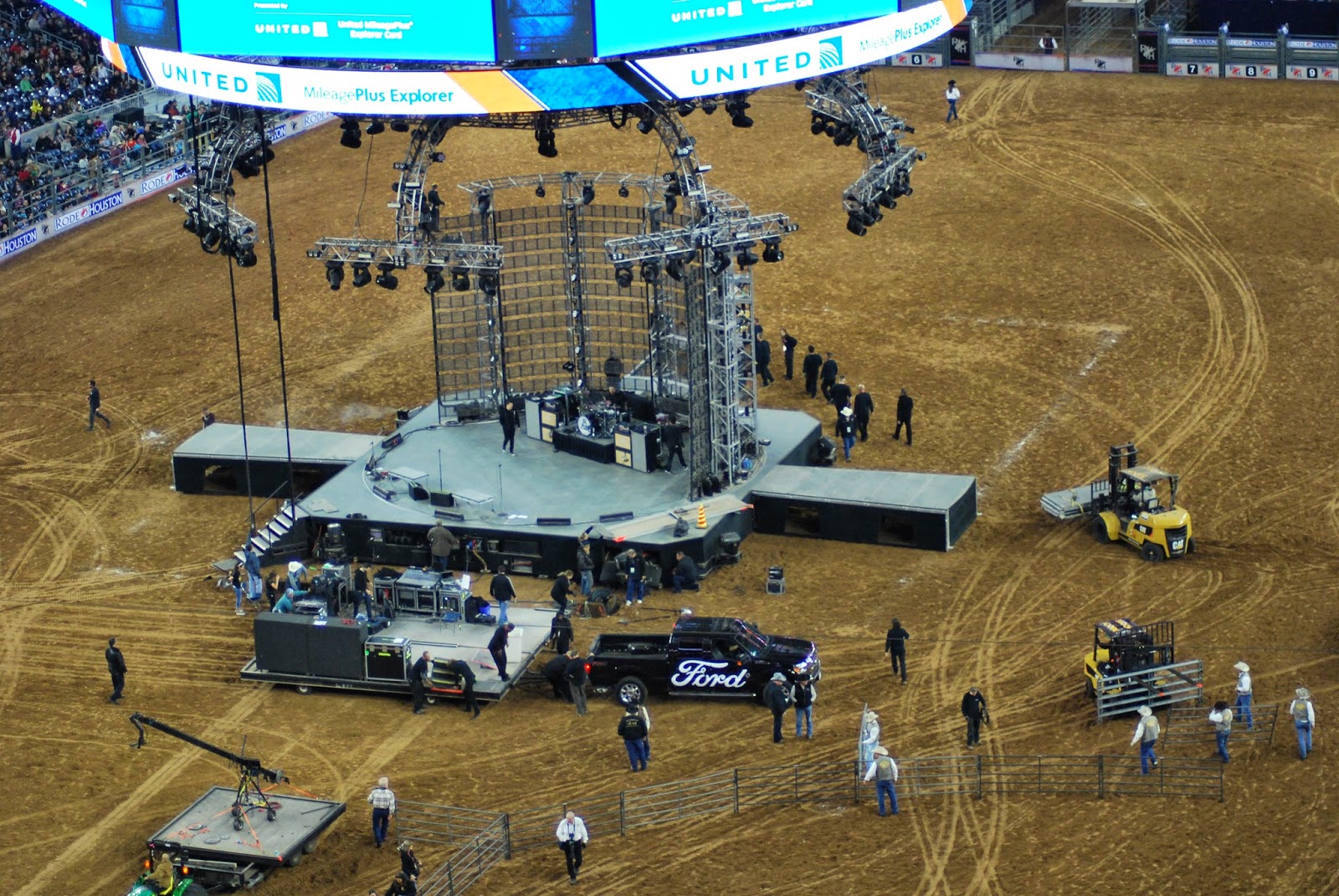 While they were setting up the stage the "Little ones" had a go at Mutton Busting
(or Ram Riding as I like to call it)
Those kids are Awesome. 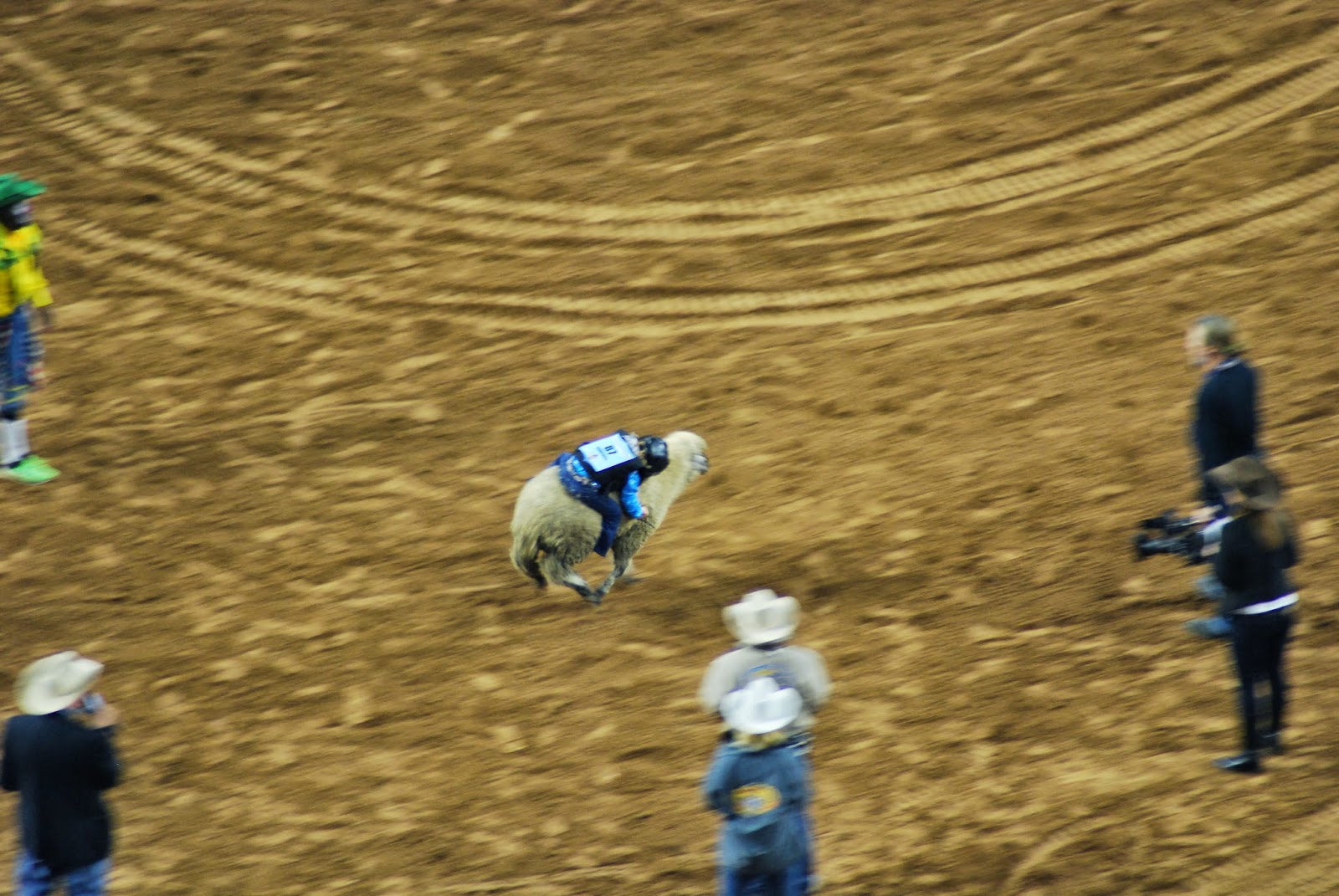 Then finally after two hours of cowboys, bulls and horses
it was time for a whole hour of Fall Out Boy.
Now it might sound as if I was excited about this but to be honest
I'd never heard of them until a month ago and only knew one song! 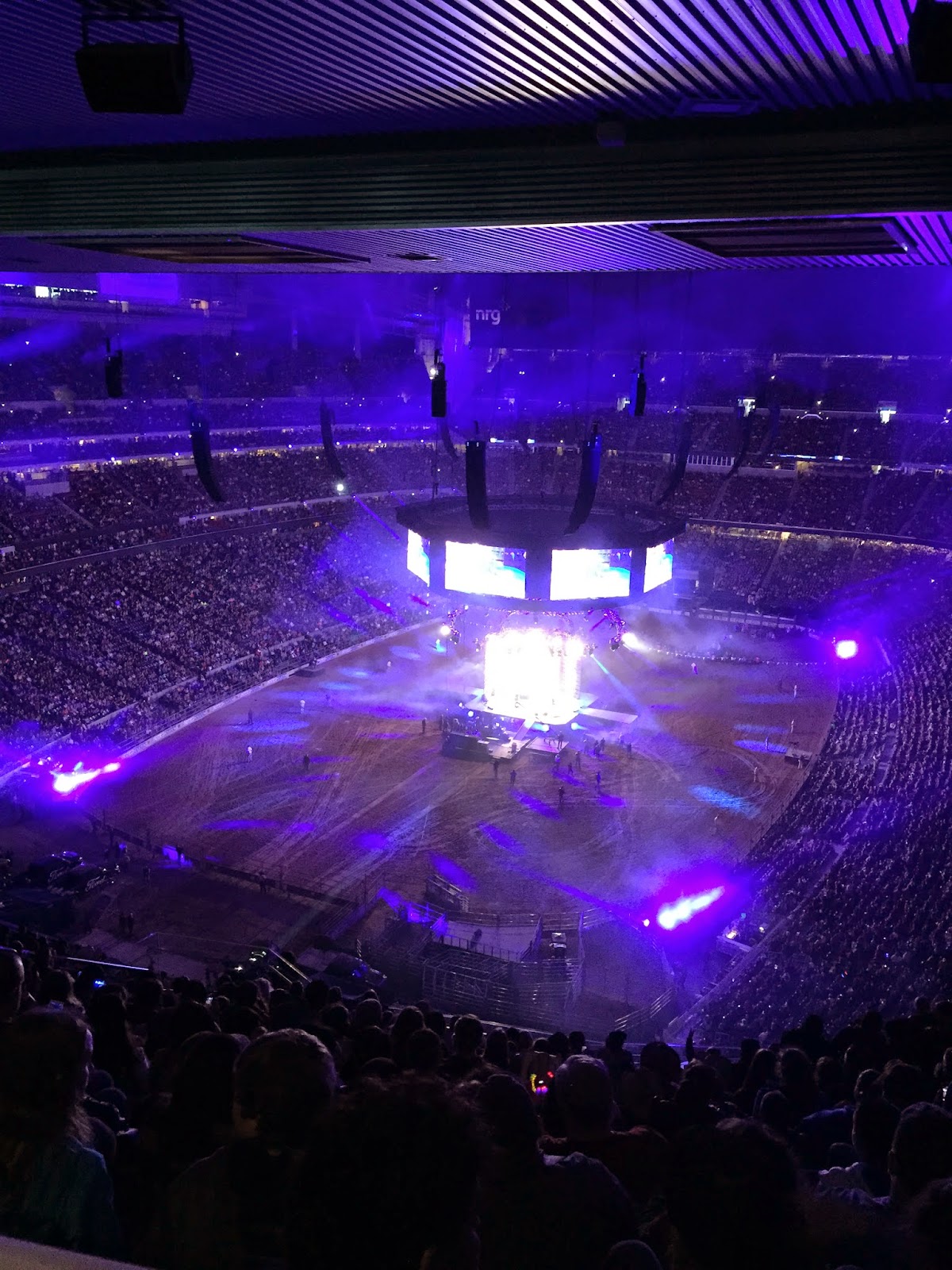 In John's own words,
"Why are we watching these?"
My reply
"Because you wouldn't let me book for anything Country"
Maybe next year will be different.