- May 17, 2015
Never in a million years did I (or the Teenager)
ever imagine that he'd be going to his Senior Prom in America.
But he did.
And he had a great time. 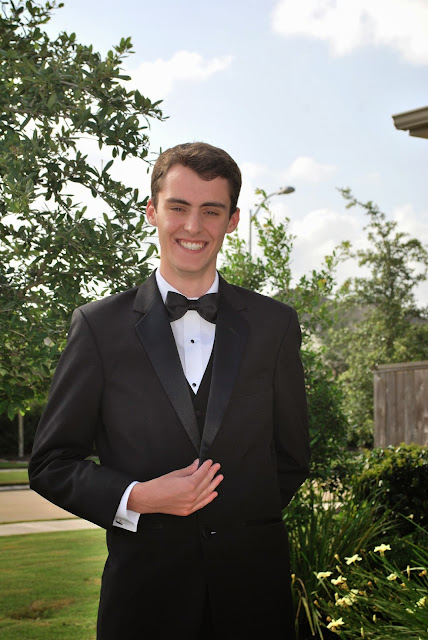 He met up with six of his friends and went out for dinner.
He managed to get his free!!  I like to think it was because of his British accent
but I think it was more a case of they forgot his order.
They had photos taken outside someone's granny's house
then travelled to the Marriott in Sugarland for the dance.
He said he had a great time and even managed to dance.

He said he was glad he went.
I said nothing!!