- September 09, 2015
One of the coolest costumes the Teenager saw at Comic Con was the
character from Halo.

We watched the guys from Garagefx show you how to make the costume
and guess what?
Yep!!  the Teenager now wants to make one for the Houston Comic Con next year.

I suppose that means my car is outside in the heat so he can have a work space in the garage!! 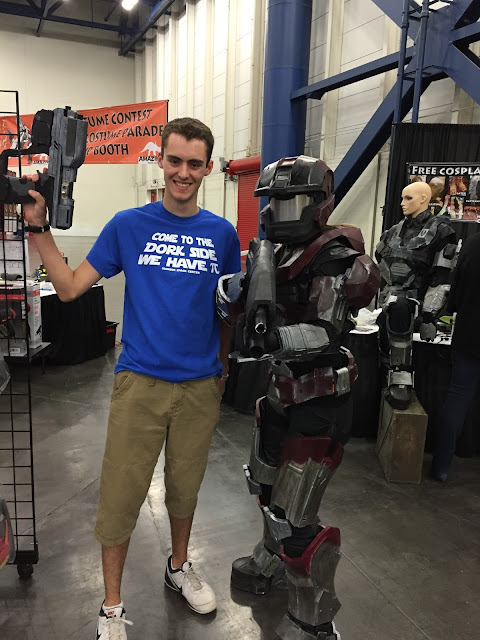 It was pretty awesome when you realise that it's all made from foam matting.
2015 Comic Con Texas