- September 06, 2015
We've heard about Comic Book Conventions before.
It's a thing that happens in America.
It's something that's laughed about in the UK.
We Brits think it's all "A bit sad"!!
and a bit "Geeky" 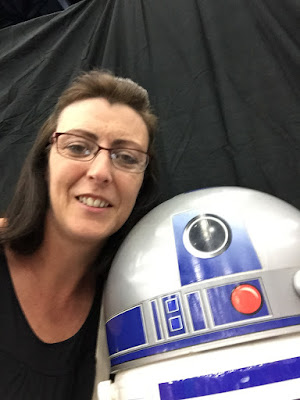 Well after being to our first one I can tell you it's not sad but
boy oh boy it is "Geeky as Hell".

There are people dressed up as their favourite characters.
It didn't matter if you were
fat or thin, tall or short if you wanted to dress up then you went for it. 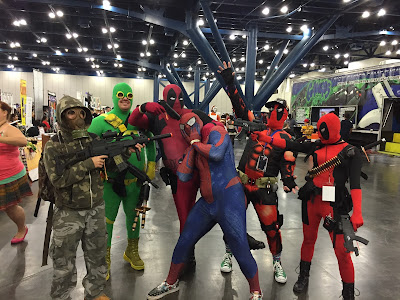 (Avengers Assemble - I don't think so!!) 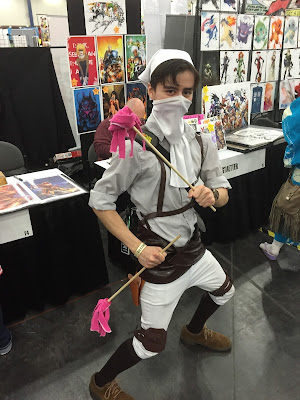 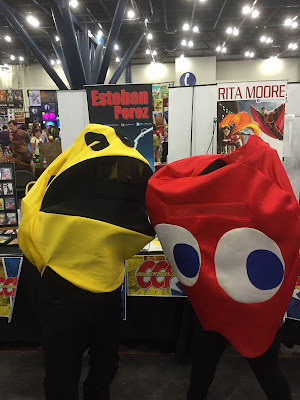 There were exhibitors where you could have your picture taken (for free).
As you can see we loved the Star Wars one.
The guy in orange reeeeaaallllly loves his job 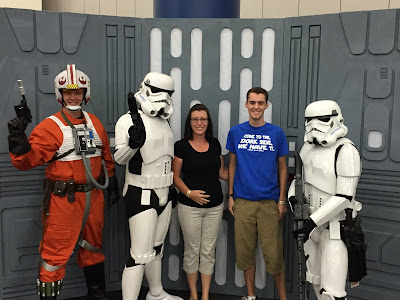 Obi-Wan Kenobi
This is not the Geek you're looking for!! 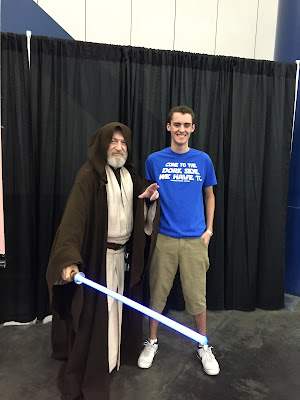 and there were geeky t-shirts everywhere. 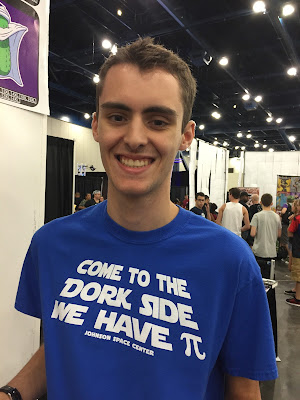 Hey dude check it out.  We both have pii 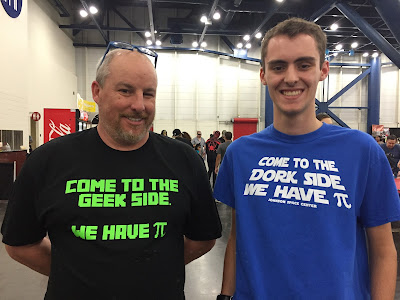 It was a great day out and the Teenager was in his element.
He's now full of ideas for next years convention!!
2015 Comic Con Texas