Summer 2016 was a time of mixed emotions.
First was sadness knowing we had to leave Texas
and the other was fun knowing we had friends to stay before we left.

Did we make the most of the time they were with us?
Yes we did.

Where we took a flight on the Space Shuttle 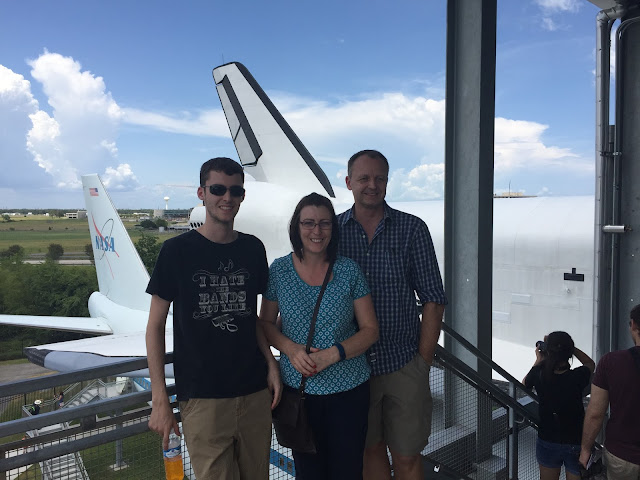 now installed on top of a Jumbo in the parking lot! 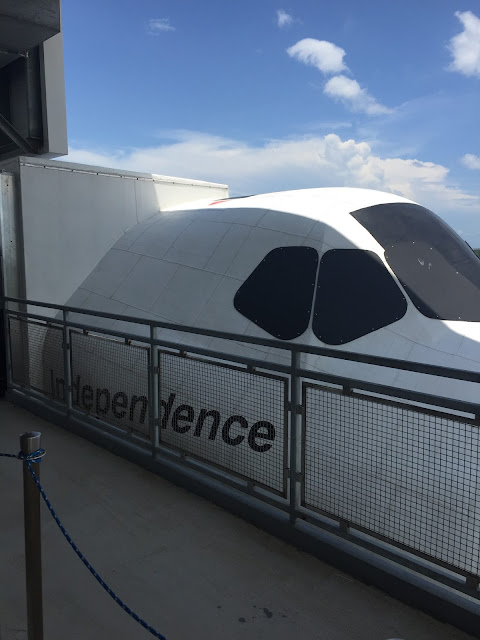 It was really interesting to see but soooooo hot inside. 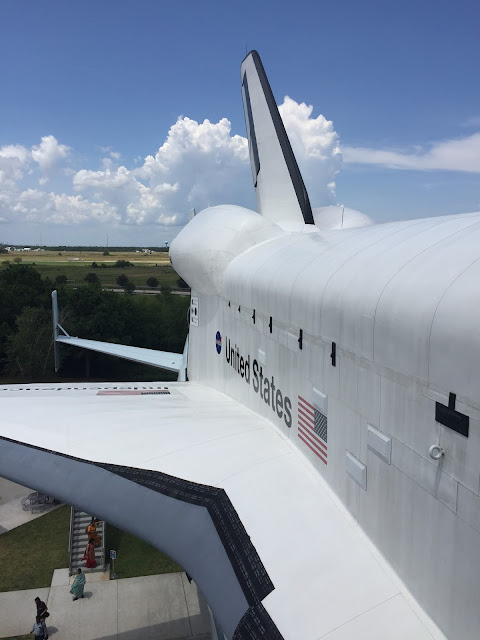 After waiting for ages for Hubby to walk through the gangway, due to an extremely LARGE hornet 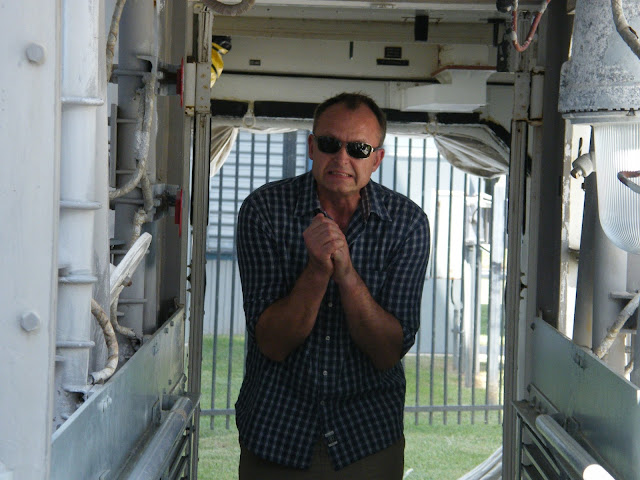 we took a tour to SAIL
which, if you are a computer nerd, would be well worth it.
(No photos allowed inside) 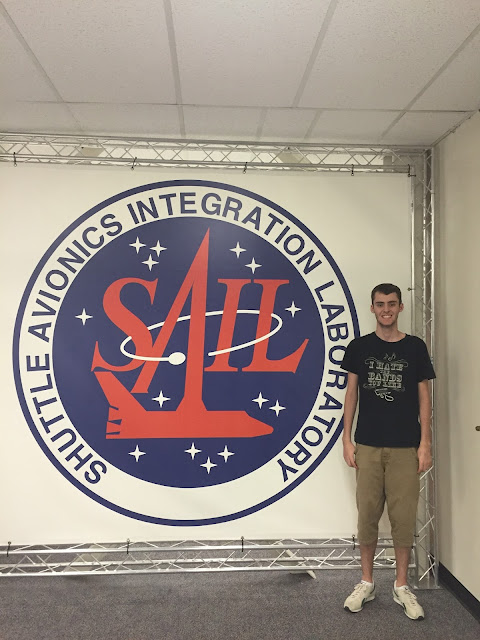 Then on the way back we stopped at Rocket Park.
The home of the Saturn V rocket that sent men to the moon.
It is ENORMOUS.  It's 363ft long and fully fuelled weighs 6.2 million pounds! 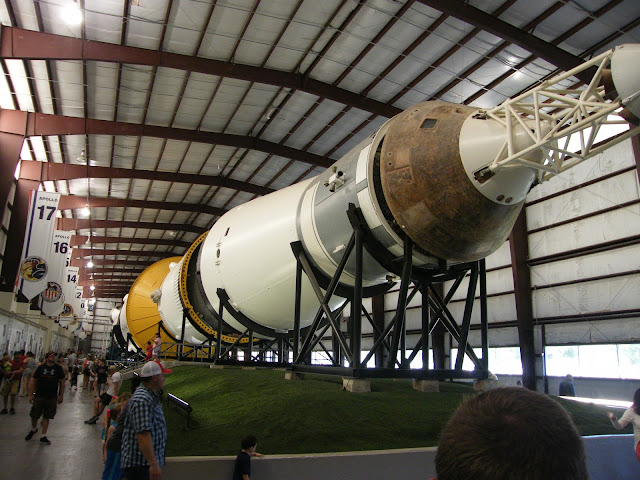 It makes this one look tiny 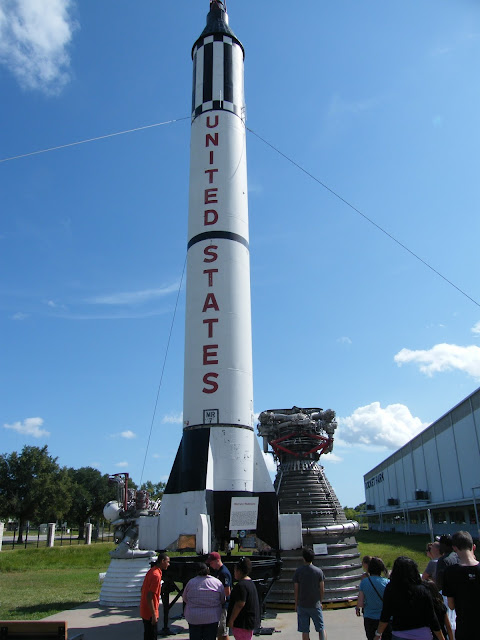