After spending the previous day relaxing in the pool after our long haul flight!
(OK so it was about 2½  hours) 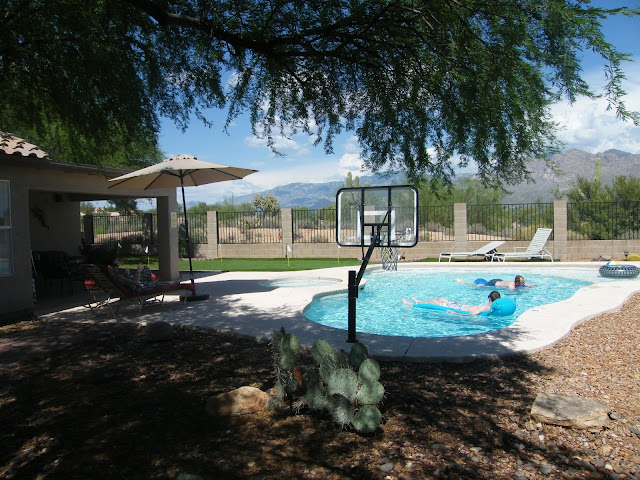 we decided to head off to Tombstone.

The legendary town of the Earp brothers and Doc Holliday. 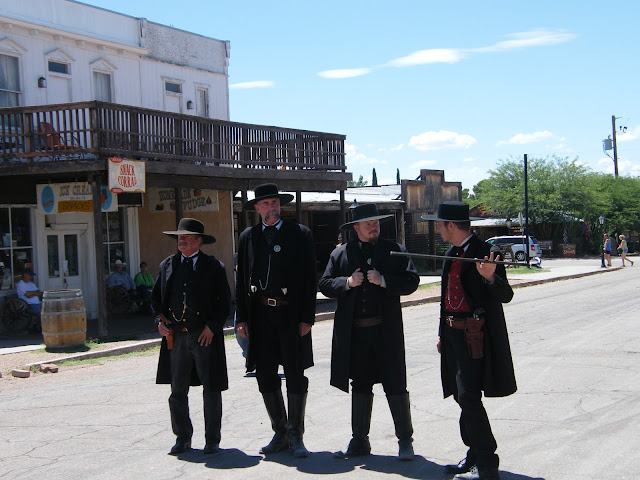 It wasn't quite what I expected.  It was tiny.
It always seemed so much bigger in the movies.

But Big Nose Kate had a saloon 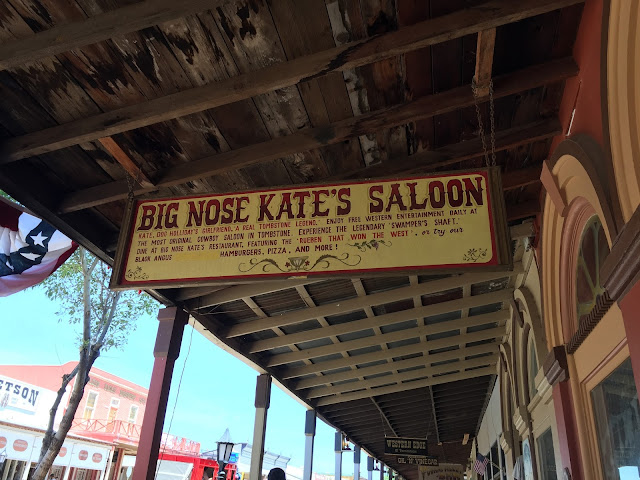 and there was a gunfight at the OK Corral.
Who knew that on 26 October 1881 a gunflight, lasting all of 30 seconds, would still be famous all those years later? 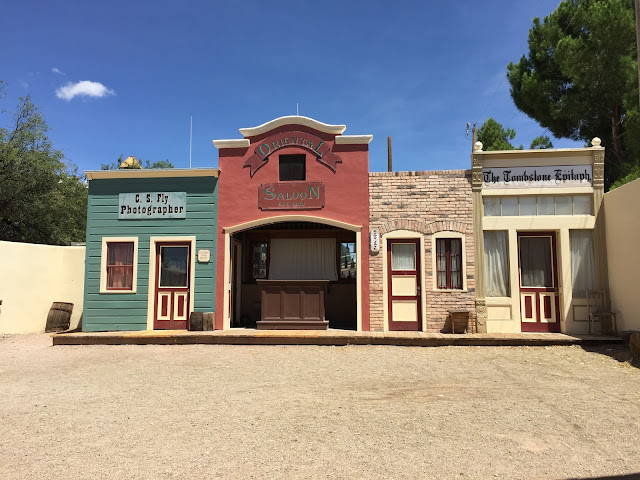 A flight between the Lawmen.  The Earp brothers,
Morgan, Virgil and Wyatt and their friend Doc Holliday. 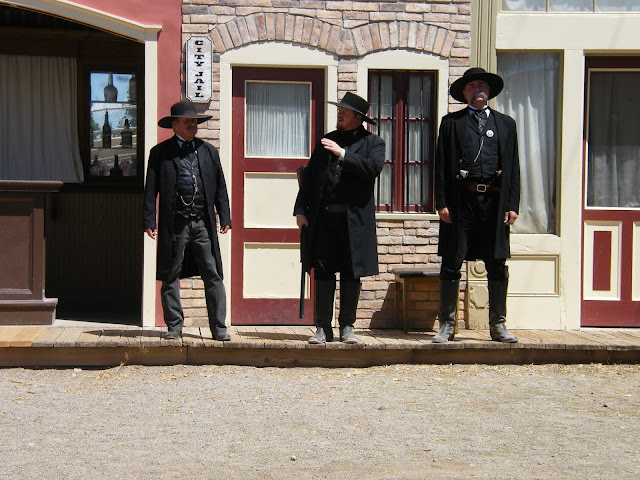 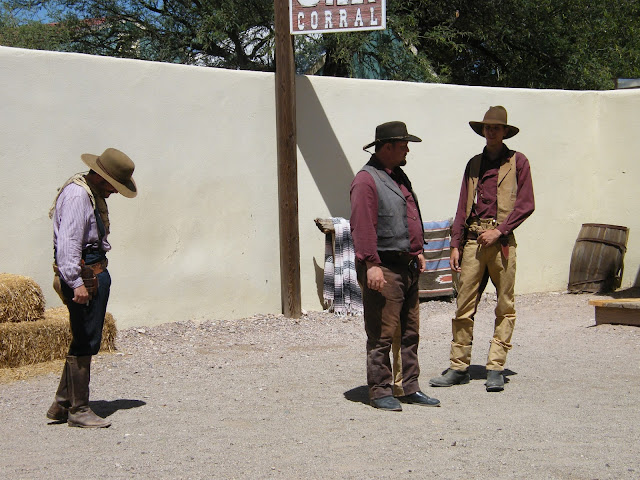 A shootout that didn't become well known until 2 years after Wyatt Earp's death in 1929. 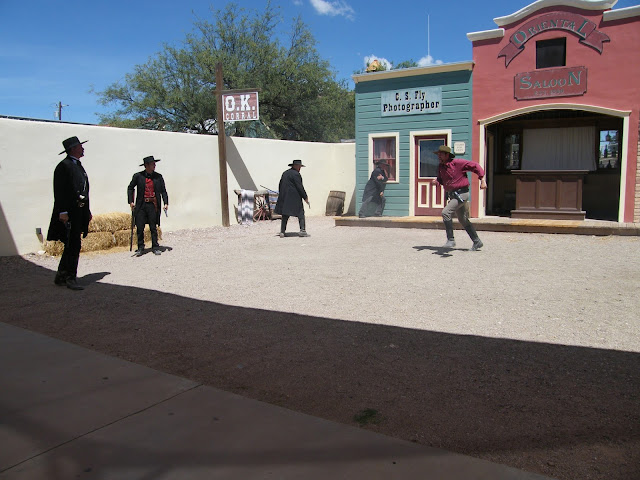 It was very entertaining if a little short and a lot too hot.

So hot in fact I had to go and purchase myself a new bonnet.
Hmmmmm!! 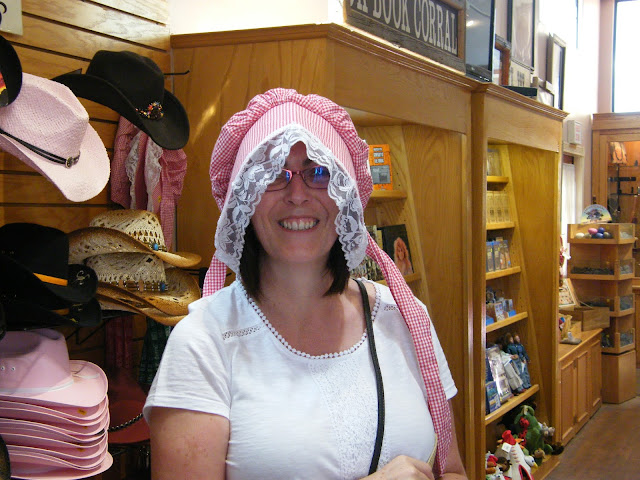 The main street was almost deserted apart from an old stage coach and a few shops. 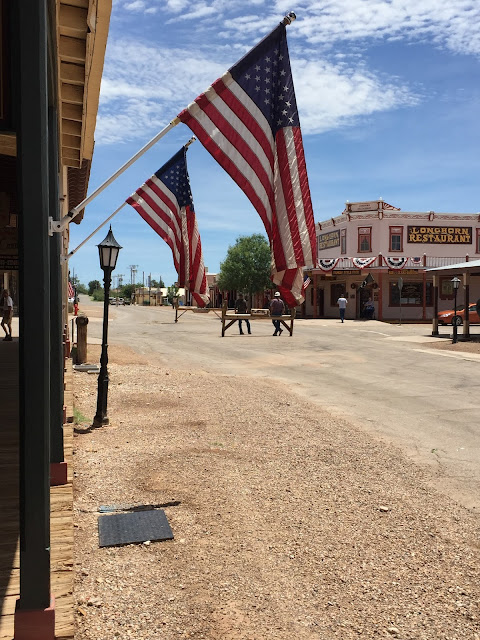 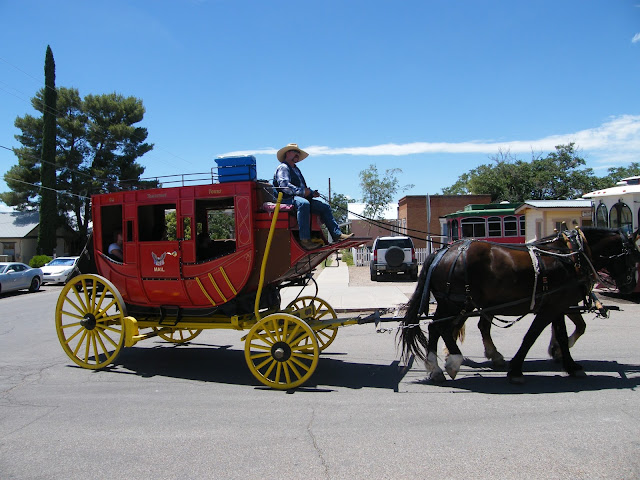 One of which was a shooting gallery and the Not a Teenager had to have a go.
He got six shots at the man size target. 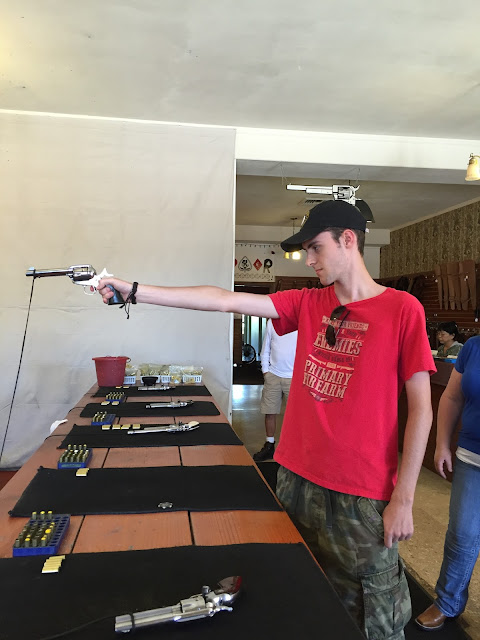 and he didn't do too badly.  I have to say he's looking a bit of a Red Neck in that pose!
Apologies to any Red Necks out there J 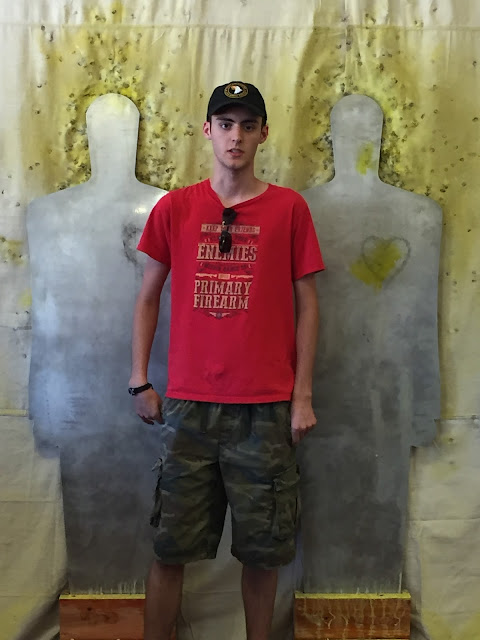 A brilliant start to the holiday.
Back to the pool for a dip and a glass of wine.