This time into mum's house.  To start with the container lorry couldn't get along the street, it had the wrong container on the back and the removals company had to get a smaller van to ferry our furniture along the road to the house.  But apart from that the move went well. 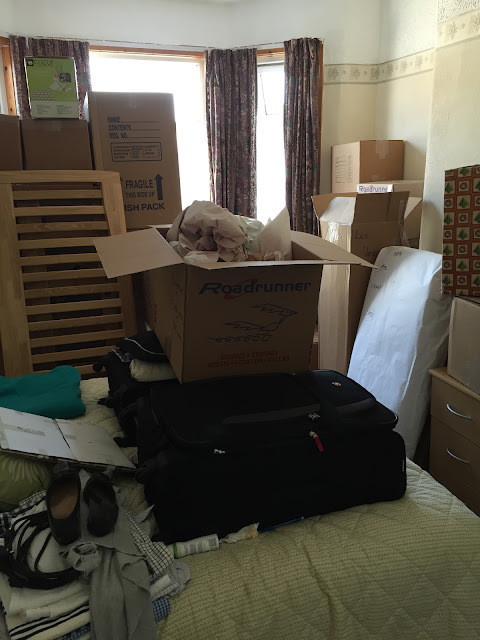 It was a bit of a squash but we got it all in.

We had to unwrap everything, sort through all the boxes and give stuff to charity but we are now able to live here without tripping over boxes or each other.

The box room is just that....a room full of boxes and anything that is not going to get damp or spoilt is in the shed.

The shed!  That's another story.  We had hoped to use the brick shed already in the garden but it was so unsafe that Hubby and The almost not a Teenager were able to push it over by hand.  We took it down and bought a new wooden one which now houses various kitchen items the tumble dryer and all of  Hubby's tools. 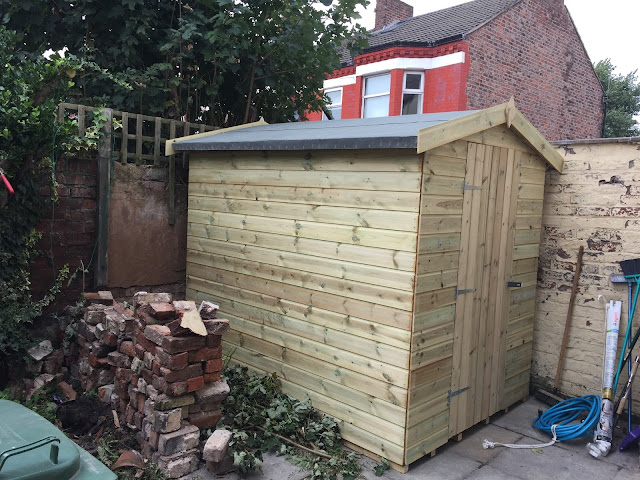 The garden, I am happy to say now looks tidier and the bricks have gone.  So have those trees.  Mum always wanted them cut down but they were on the other side of her wall.  The guy on the other side was putting a new roof on his garage so cut the tree down.  It saved us having to do it.

We'll have to pack up and do this all again soon!!