After finishing my last blanket (which has been put to good use over the last few weeks with the drop in temperature) hubby decided he wanted one of his own!  He wanted a blue one.  Just blue.  But I thought it would just be too boring to make to I added a few different shades and it's looking OK so far. 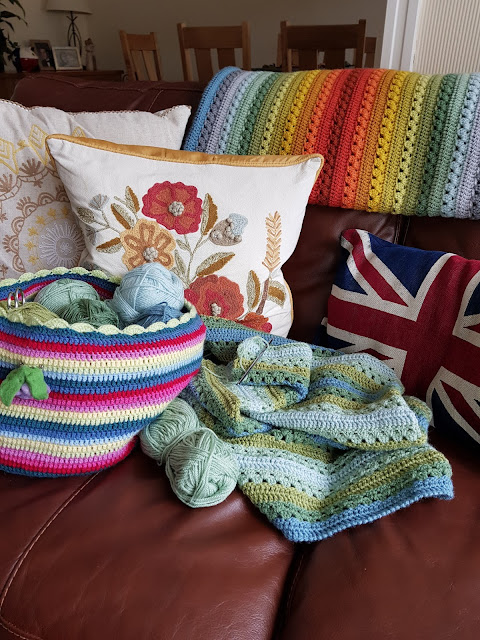 I'm about a third of the way into it at the moment and have to admit that I'm not finding it as interesting to do due to the lack of colour.

That's why I have these beauties waiting in the wings for when I've finished. 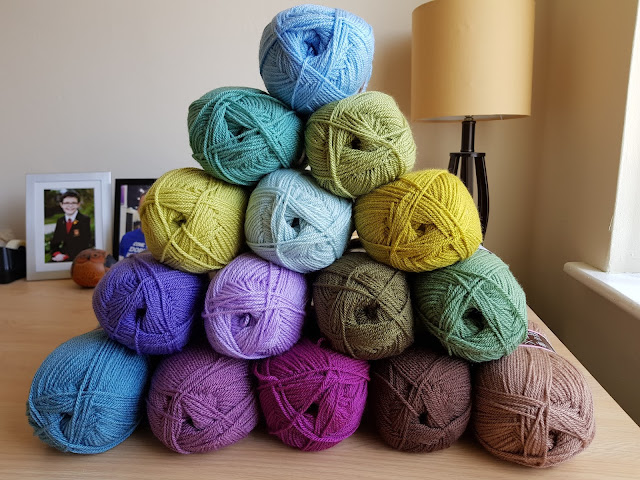 When it's made up it's meant to resemble the heather strewn moorlands.  I like to think of it as more like the Scottish Highlands.