York, at any time of the year, is a busy place.  Last weekend was no exception.

Hubby and I stayed in a local hotel and as we were up bright and early we managed to get all the touristy places done with no crowds.

We stayed opposite Clifford's Tower which dates back to 1068AD.
It is now part of English Heritage and is set to undergo some upgrading. 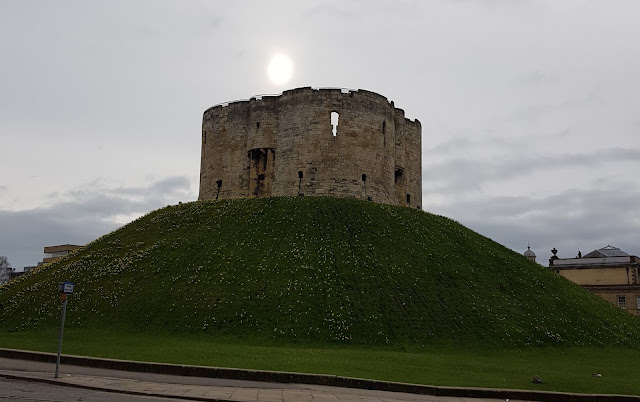 Just around the corner from the hotel and up the road a little is York Minster.  The current Cathedral is 800 years old. 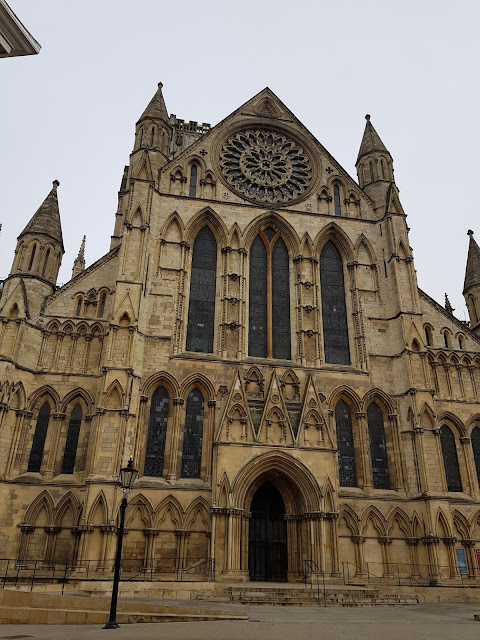 We managed to see it and hear the bells all before the tourists arrived. 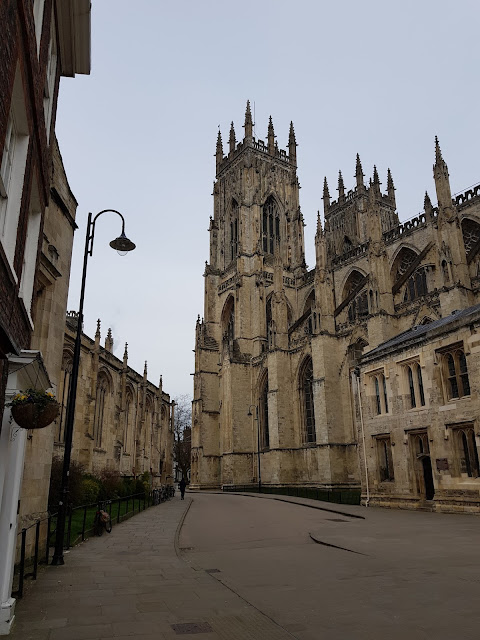 A few minutes later we were at The Shambles.  A lovely little lane that takes it's name from the street where the butcher's used to sell their wares. 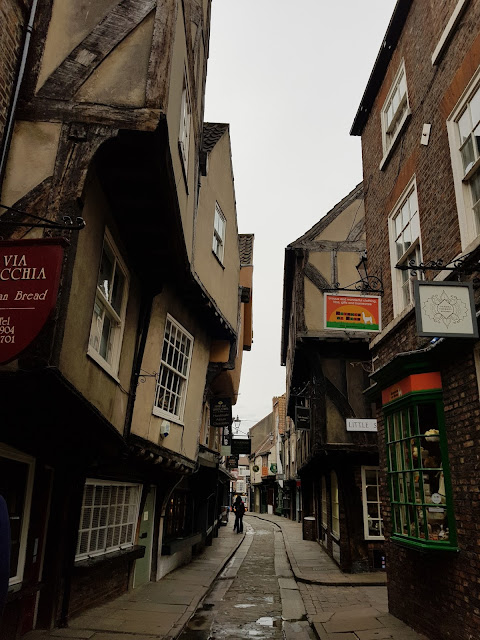 It was also the inspiration for J K Rowling's Diagon Alley in Harry Potter and there a few 'Magic' shops to look around. 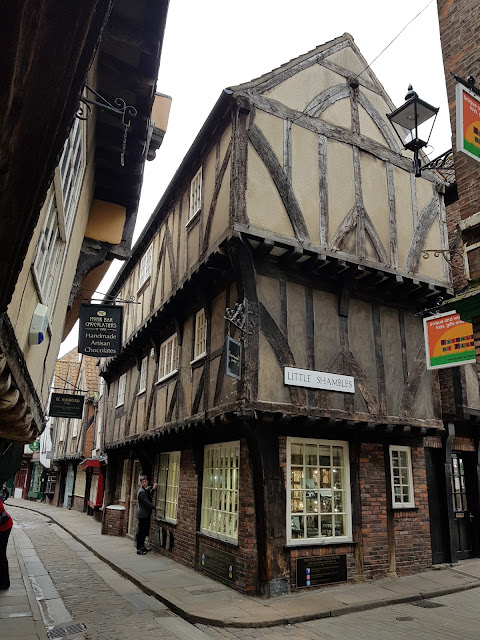 Although the Shambles is the most famous street in York other streets are also worth a look. 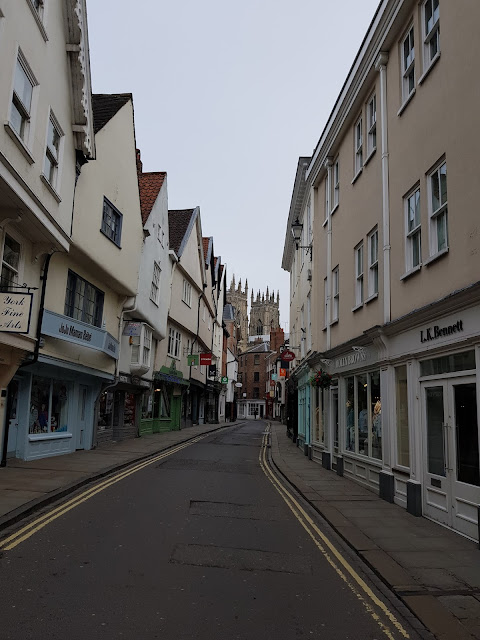 There are a lot of 'gates' in the street names (Petergate, Coppergate, Walmgate, Stonegate etc) and this dates back to Viking times.  It derives from the Viking word 'gata' meaning street. 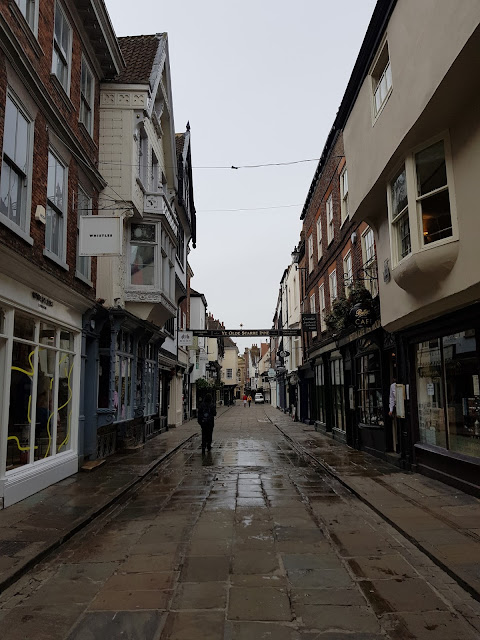 After our lovely, quiet tour around town we headed off to Bills for breakfast.  It's a homely place and apparently very popular as it was busy even at 9am on a Sunday.  We had a leisurely breakfast 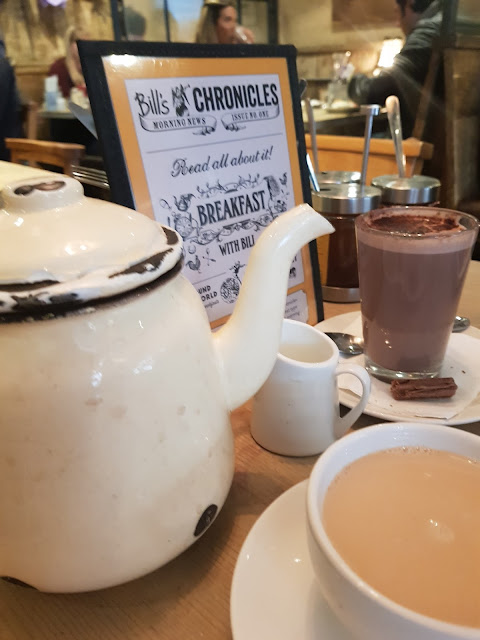 followed by a walk along the river whilst waiting for the family to arrive. 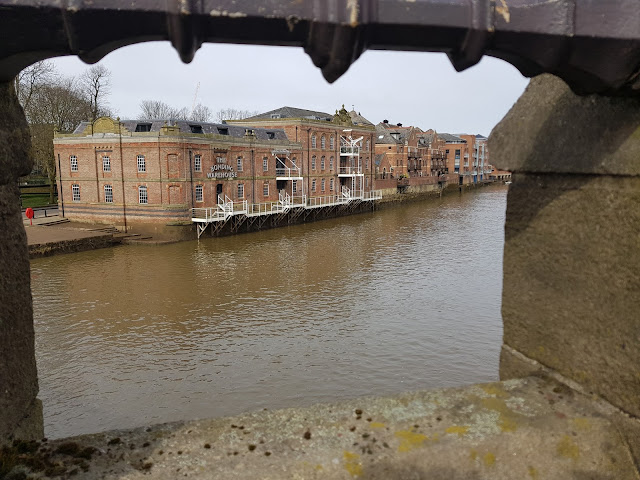 It was a great weekend and we're looking forward to going back in June.  Hopefully the sun will shine next time.