The Tall Ships were back in Liverpool at the weekend and John and I went along to the prom (with thousands of our neighbours) to watch them leaving.

They were escorted out by a ship from HMS Eaglet which is a Royal Naval Reserve training centre in Liverpool and all the ships are crewed by young volunteers.

They were headed 13 miles off shore before beginning a race to Dublin, Ireland.

We were a little disappointed that there weren't more ships taking part (only 17) as the River Mersey would have looked amazing full of sail boats.

Unfortunately I didn't take the big camera so the photos are a little on the small side.

Here's a picture I borrowed form the internet of them leaving at noon yesterday. 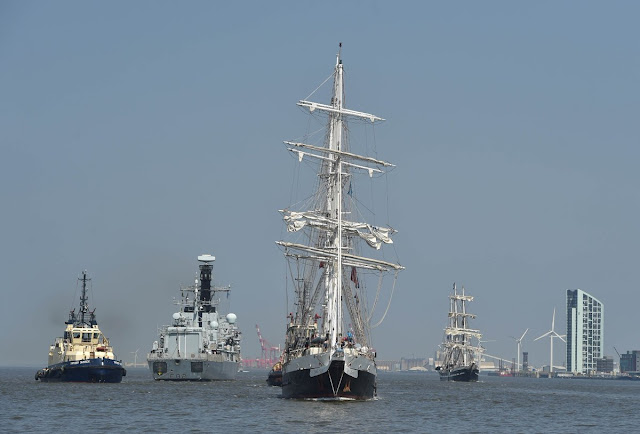