It's true.  If I hadn't had crochet in the last few years I don't know what I would have done.

It was a tough time and I couldn't really settle to anything.  I tried to pick up scrapbooking again after a few years off  but just didn't "feel it" and I gave away all my stash to a friend who was just starting to make cards.

Crochet was something I could make as complicated or as simple as I wanted.  I started with stripes and found this much more calming than granny squares and having to sew in a million ends. 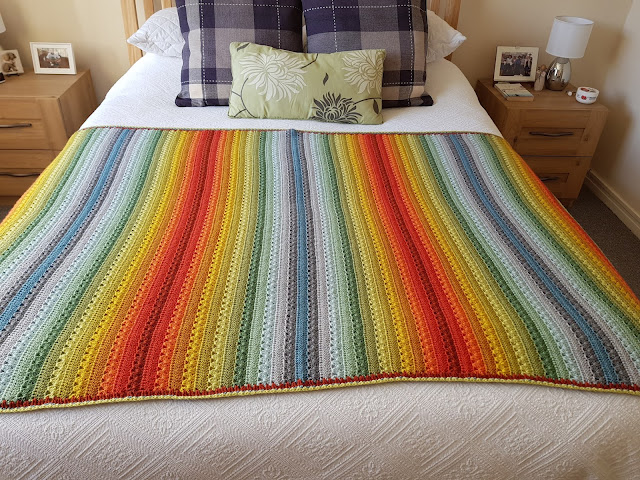 I did quite a few stripey blankets at first. 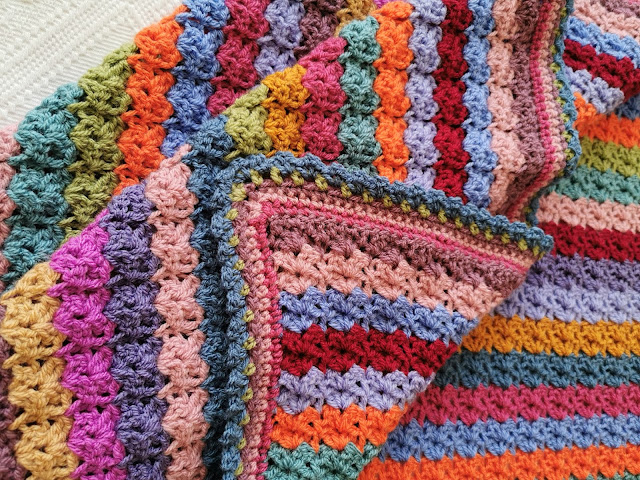 I kept telling myself that some of the patterns were too complicated and way above my ability as a beginner.  The thing is.  You can't be a beginner forever so I took the plunge and bought a book called Sophie's Universe by Dedri Uys.

The rest, as they say, is history.

I literally couldn't put it down.  I crocheted every spare minute I had and as I started at the beginning of July (and then had several weeks off over the summer) I managed to complete Sophie in 6 weeks. 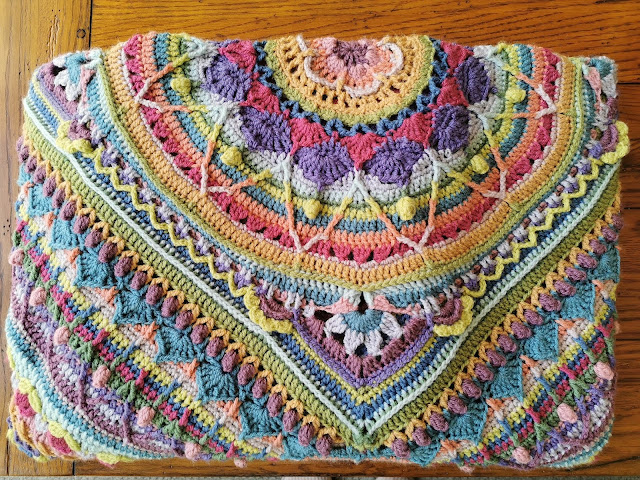 She was an absolute joy to make. 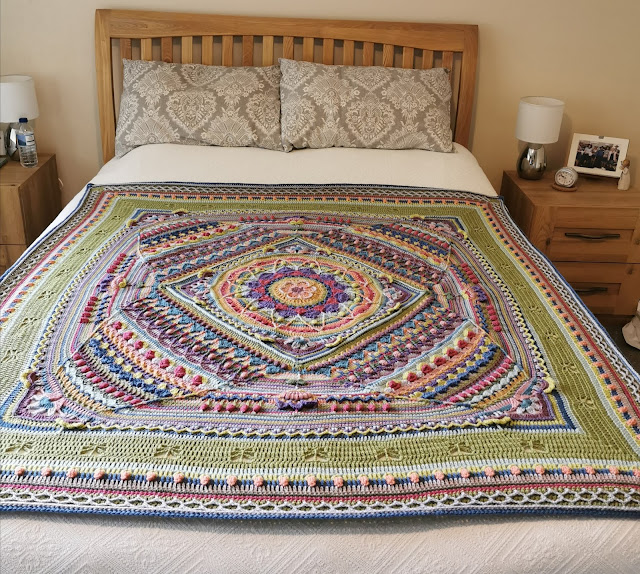