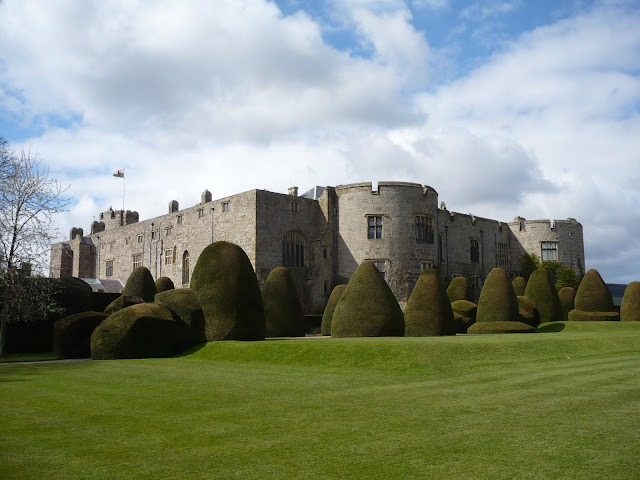 A few years ago hubby and I decided to get a yearly membership to the National Trust.  There are quite a few places locally and in North Wales to go and discover.

One of them is Chirk Castle.  About a 45 minute drive from us and set into the Welsh countryside.

It was never designed as a family home but was built as a military fortress on the Welsh/English border to keep the Welsh under English rule.  It has been around, in one way or another since the late 13th century.

In the 16th century it was slowly re-developed by Sir Thomas Myddleton into a family home.  The room interiors are now recreations of previous schemes as designed by previous occupants.  The castle was rented out for many years until, after the Second World War, the Myddleton family returned to live there and did so until 2004.  It is now owned by the National Trust.

You can read all about it here - Chirk Castle