Speke Hall is a 40 minute drive from where we live, through Liverpool and over looks the River Mersey.  Up until recently the last time I visited Speke Hall would have been in the 1970s when we would have gone on a school trip.

It seemed a lot bigger in those days!! 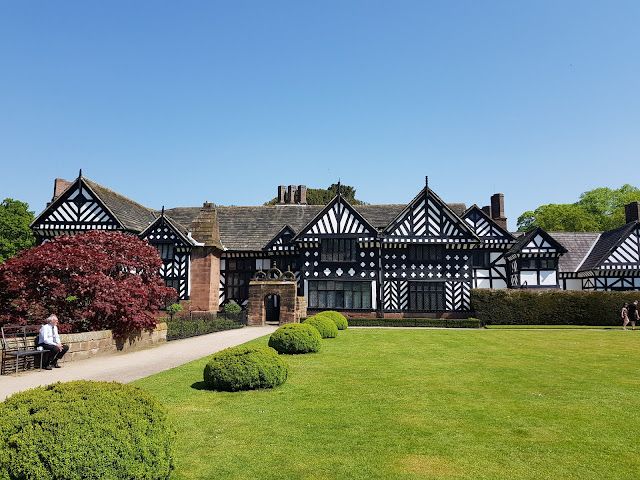 The Norris family started construction, in the Tudor style, in 1530 and the house was completed in 1598.  During construction the house had a priest hole added as the family were Catholic in the days of Queen Elizabeth I.  This of course was 'not allowed' and anyone caught practising Catholicism would have been deemed a heretic.  The last of the Norris family left the house in 1795 when it was bought by Richard Watt who made his money on the sugar and rum plantations in Jamaica.  He left the Hall to his 10 year old nephew, Richard III who sold most of the furniture in 1812 and moved to Yorkshire to breed racehorses. 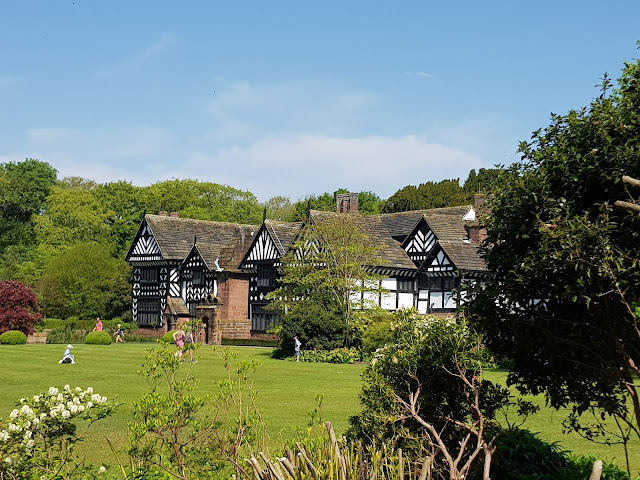 His son Richard IV (there's a pattern forming here) lived there with his family but on his death in 1835 it became empty and his family (including his son Richard V!) moved elsewhere in Liverpool.  In 1856 when Richard V became of age he and his wife started renovations to the Hall.  In 1861 when Richard V died it passed to his daughter, Adelaide,  but as she wasn't old enough to inherit the Hall was let to Frederick Leyland who went on to modernise the estate.  In 1878 Adelaide returned from living in Scotland to run the estate which she did with a "strong sense of control in every department" (good for her).  In 1921 when Adelaide died she had added a farm to the estate, central heating and fire fighting equipment to the house and secured the future of the Hall by stating in her will that the Estate would pass to the National Trust 21 years after her death.  In 1986 the National Trust took on full management of the estate and is continuing to care for the Hall and it's treasures.


The full history can be seen here.