Hands up anyone who actually likes lettuce!!

Not me.  I do like a good salad though,  just not the greenery bit.

A friend at work told me to try Greek salad as it's made with no such greenery.  As she is of Greek origin it must be true. 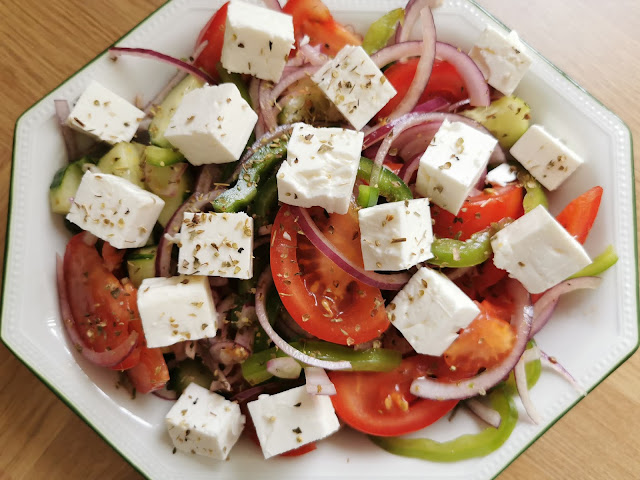 1.            Cut the red onion in half and thinly slice into half moons. (If you want to take the edge off, place the sliced onions in a solution of iced water and vinegar for a bit before adding to the salad.

7.           Mix the olive oil and red wine vinegar together and pour all over the salad. Give aeverything a very gentle toss to mix (do NOT over mix, this salad is not meant to be handled too much).