Which of these jugs holds the most?  It's obvious isn't it?  Apparently not. 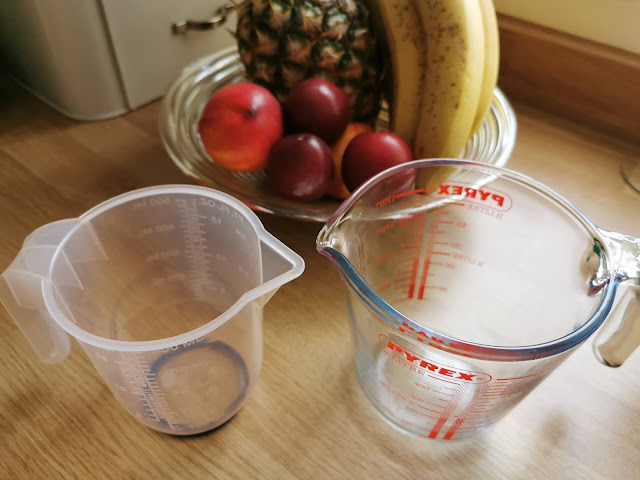 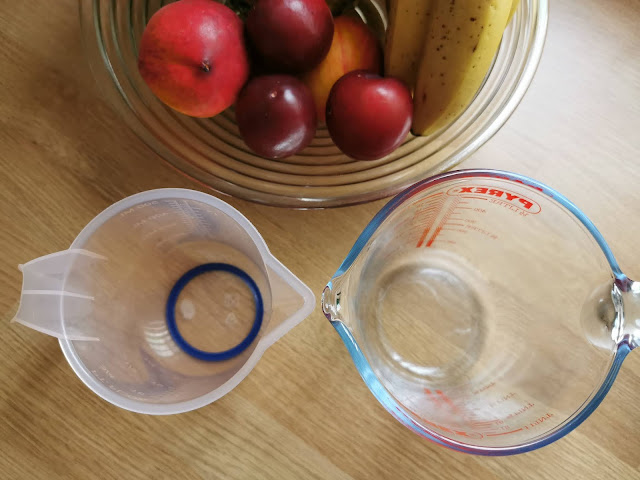 One Saturday morning as I was emptying the dishwasher hubby said that we really needed some new measuring jugs as the plastic ones had seen better days.
He thought that Pyrex would be the best option and went on to tell me what sizes we would need.  He said that the small plastic jug we had would need replacing with a new one, but I told him we already had one that size.
He wasn't convinced and said that the glass one was bigger. The plastic one is tall and slim and the glass one is wider and not as tall. The cogs in his engineering mind went into overdrive until eventually he got it.
They hold exactly the same amount.  It's all to do with volume, thickness of glass and height or something along those lines.
The science minded, younger male got it straight away.
Science wins over engineering.  On this occasion :0)
Labels: 2020, Just for fun