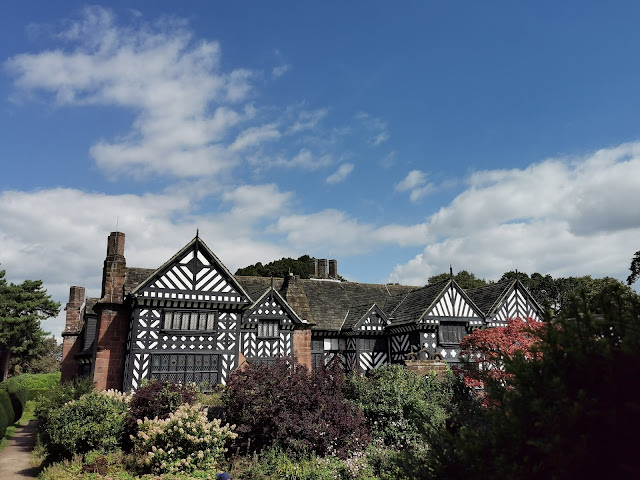 What a busy week last week was.

Monday was a Bank Holiday and as hubby was off work, we made one last trip out before I went back to work the next day.  We only went across the Mersey to Speke Hall as some of the local National Trust sites were closed again due to local restrictions.

Speke Hall is a small NT property just outside Liverpool and extremely close to the airport but there weren’t many people there, so we didn’t feel too cramped.  You can read about the Hall here.

Tuesday saw me head back to work after the six weeks summer holidays and boy what a shock it was to be out all day and having to use my brain.  I didn’t stop all day and was absolutely shattered by the time I got home.  I’m getting too old for this working malarkey.  Maybe I should consider part-time!!

The rest of the week was much the same.  The office is always a busy place during the first week of term, but it is soon forgotten once the children come back.  I was so pleased to see them and say hello to our new starters.  I really had missed them and they it seems had missed me too. They were only in for two days but they all left with a smile on Friday so we must have gotten something right. :0) 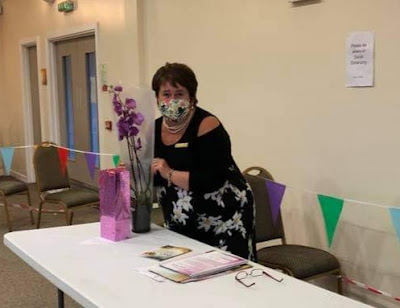 Slimming World started again on Wednesday night and the scales weren’t as unkind as I thought they might have been and I’m now back in the zone and ready to get back to my target weight.  It was strange being back in group after so long and having to sit several metres apart and wear a mask but if it means we can continue going every week then that’s what we’ll do.  Paula, our consultant has been brilliant throughout and kept as many of us on the straight and narrow as possible.  She runs seven different groups, so she’s had a full time job during lock down.

My poorly elbow hasn’t improved this week and I’m now waiting for the doctor to phone me back with some ideas on what to do next.  I can’t take ibuprofen and paracetamol don’t help in the slightest.  I’m really not sure if it’s just tennis elbow or something else (probably age related!!). 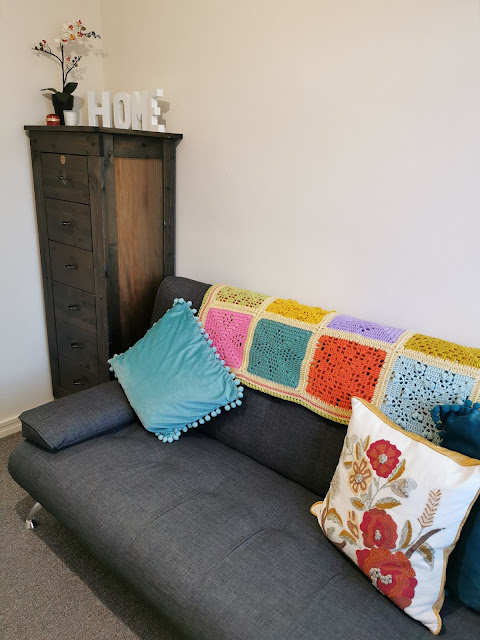 At the weekend I seem to have managed to finally get myself a craft space.  I’m not quite sure how but I’m not complaining.  It all started when hubby decided he was going to move his office into the spare room but then changed his mind.  He said that if we moved a few things around I could get a craft cupboard in there and would have somewhere to store my yarn.  I just went with the flow and now have my own space (and not before time as the males of this house have had their own space for the last 3 years!).  It’s not finished yet and I need to decide on the best storage unit but hopefully it won’t be too long.  It's a work in progress.

And finally, the end of the week brought good news about my father-in-law.  He has been in hospital for a fortnight but is on the mend and looking forward to going home soon. It’s such a relief as I know he has hated being in hospital and my mother-in-law has only been able to see him for one hour per week!!

And just like that another week is over.  Hopefully next week will be a bit quieter.