Back August, when we were still allowed to travel for a day out, the hubby and I ventured about an hour and a half down the road to Stoke on Trent to visit Middleport Pottery. 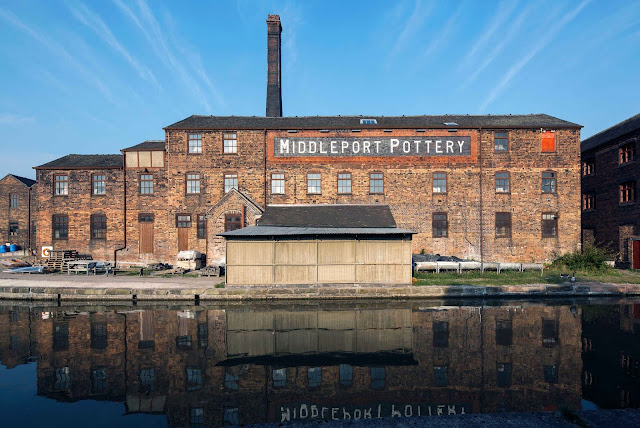 We first heard about the pottery on the TV show The Great Pottery Throwdown.
A show where amature potters compete weekly to become top potter. 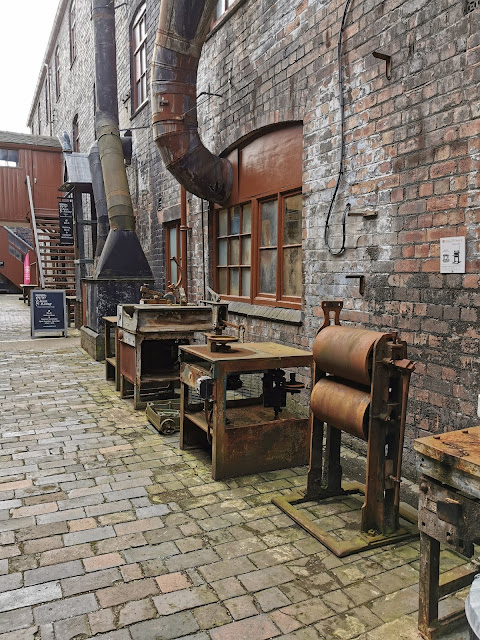 It's filmed at Middleport Pottery.  The last working Victorian pottery and home of Burleigh.  Pottery which is decorated by using a technique called tissue transfer printing. 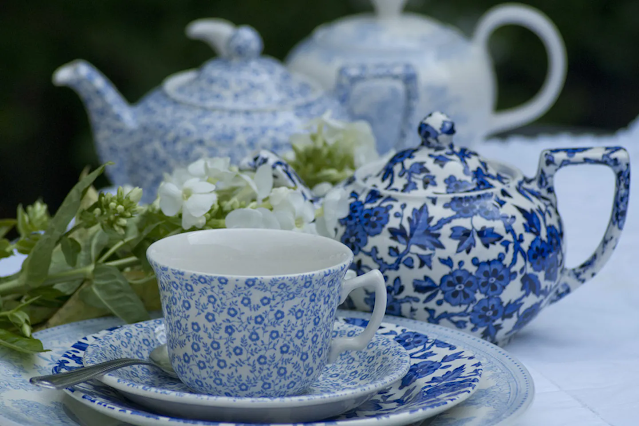 We couldn't do the factory tour as they aren't currently running but we did manage to do the Heritage Tour which was really interesting. 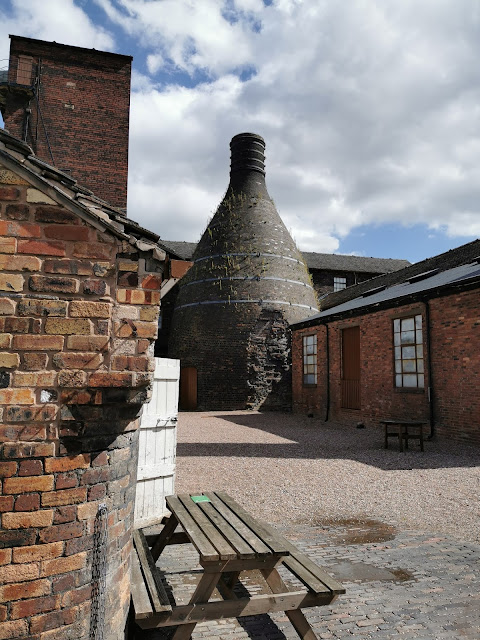 Originally there were seven kilns, (three biscuit ovens and four kilns for firing pottery that had been glazed).  Only one is still standing today.  This is mainly because it is attached to the main buildings. 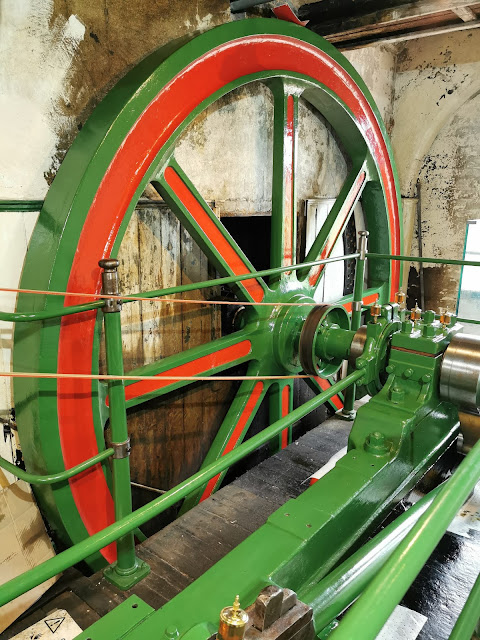 Hubby was fascinated by the engineering behind the steam engine, Duchess which has been fully restored and is set to work using steam once a week.  She is the only one of her kind as the company never built another.
The day we went she was working with an electric motor but it would be good to see her working with steam. 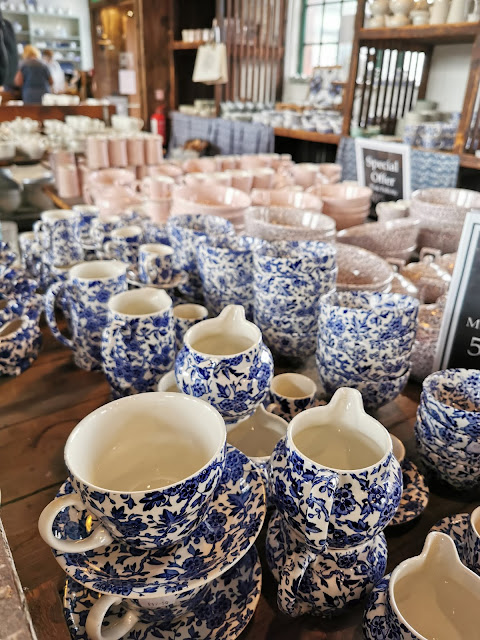 Burleigh is a little too fussy for me.  I'm a less is more kind of girl but it did make a great display in the shop. 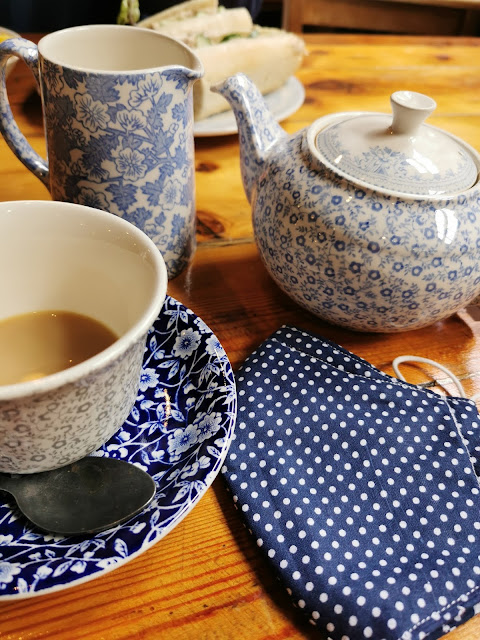 After the tour we stopped for lunch in the Canalside Tea Room, which I can highly recommend.  My mask for the day was a good choice as it match the tea set!!
You can read more about the pottery here.
Labels: 2020, Middleport Pottery