What a week!!
We started the week with six staff off, after testing positive for COVID and ended the week with eleven.  According to the local authority the school can stay open as we are doing everything we can to keep everyone safe.  Some of the staff are understandable upset by this and I can see their point of view but what can we do?  Mrs W (the other lady in the office) and I went for a non-symptom test on Thursday (just to be safe) and were happy to get a negative result.
It's the first time in ages I was glad of something negative as I normally try to stay as positive as I can.
On a funnier note there were a couple of times this week that we managed to have a laugh.  Like the day Mrs W and I turned up wearing the same outfit.  She nearly wore the same scarf as me, but thought that if we were somehow wearing the same thing I would have that scarf on so she chose a different one. 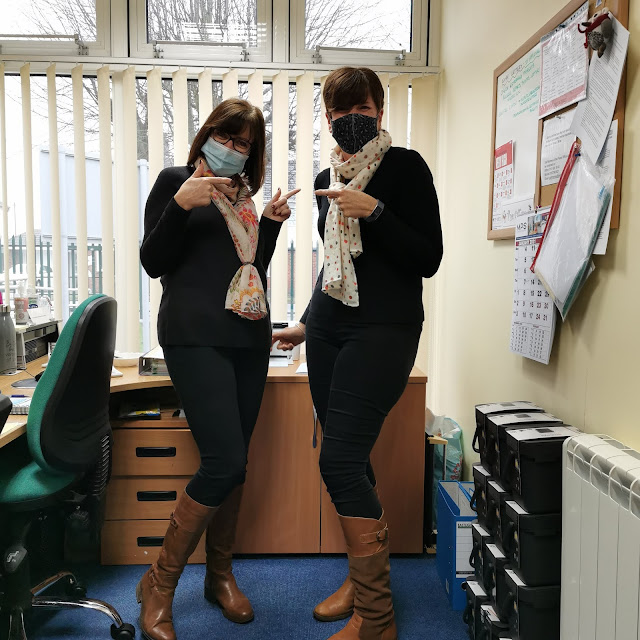 Then there was the day we had to catch an injured pigeon from the playground.  We had all the PPE necessary and went out with a box and the darn thing was like greased lightning.  It might not have been able to fly but it could certainly move!  It took me about 10 attempts to catch it as my glasses had steamed up and my hair was blowing all over the place but I managed it in the end and took it to the local vet for them to assess it.  For the children's benefit, it was safely with the vet but I have  feeling that it was probably put to sleep. 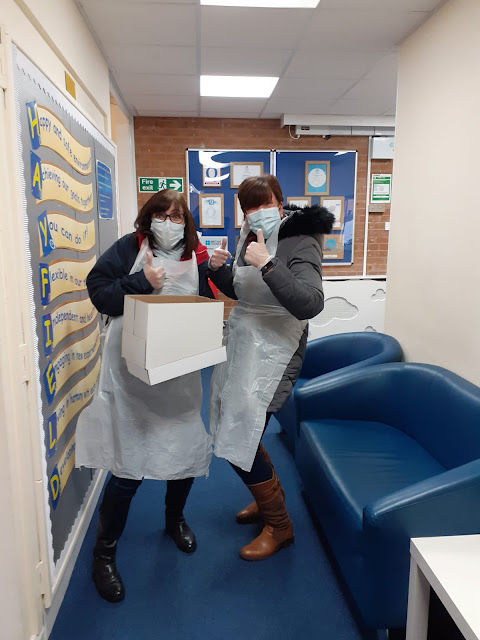 I had another commission to make a scarf this week too and have almost finished it so it can go to work tomorrow and be on it's merry to Manchester in the next few days.  I used my favourite scarf yarn, King Cole Curiosity in Mother of Pearl.  I love the colours of this one so much I have ordered some more of the same wool so I can make one for myself.  If I'm allowed to blow my own trumpet, my scarves have been admired but quite a few people.
The Young Man had his 24th birthday on Sunday and we tried to make it as much fun as we could.  There was only the three of us and as we are unable to go out for meal we brought the restaurant to him.  Caffe di Blocco (or Lockdown cafe according to Google translate).  I made a menu, set the table like an old fashioned Italian restaurant and hubby fired up the pizza oven and made homemade pizza.  There were also banners, balloons and brownies.  I think he had a good day and in these strange times that is all that matters. 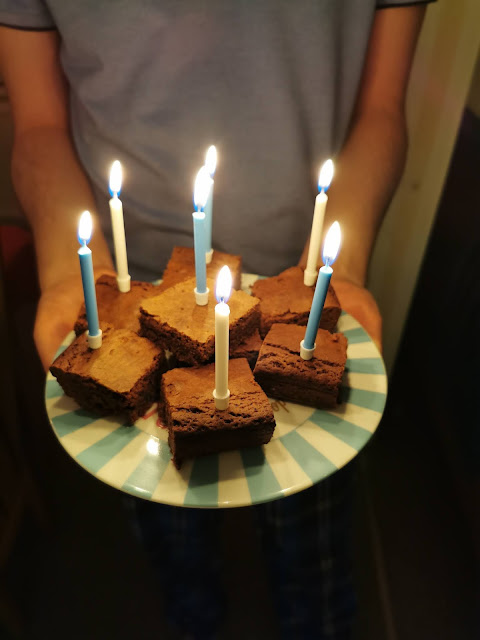