Another week down.  Three to go until the Easter Holidays (or Spring Break as they've taken to calling it).

Not a bad week all told.  Mrs W was off for a few days with a twisted ankle which left me running the office.  Thankfully we are a great team so I had lots of helpers. I did have a bit of a wobble about certain things going on at work on Thursday, but a hug when I got home, a very large homemade pizza and a glass of wine for dinner and a chat about things, at work the next day and all is well in the world. 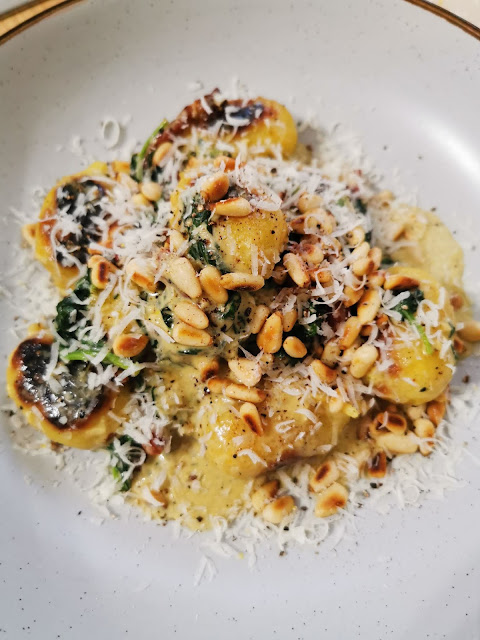 Tired of eating what seems to be the same meals week after week, Hubby rustled up a delicious gnocchi recipe.  It was to die for. (Recipe to follow).  Later in the week, I made dinner (I know, me!  the one who doesn't cook), and made chicken chow mein.  Hubby ate it, so it can't have been that bad. 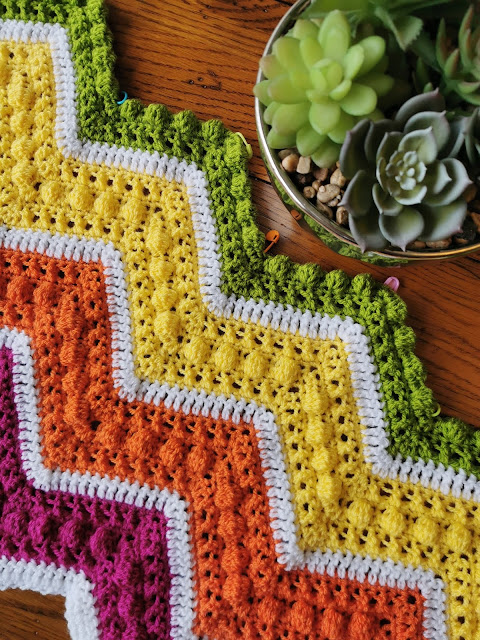 My advanced crochet project it on hold for the foreseeable future as I just can't get it to go right.  After unpicking it another three times I put it to one side and started something else.  There are only so many times you go over the same bit of pattern.  My new project is a rainbow Hugs & Kisses blanket.  I have no idea what I'm going to do with it once it's finished but I liked the look of it so thought I'd give it a go.

1.  I don't want to grow it out naturally (hideous thought) &

The weather at the weekend was gloriously sunny, but very chilly.  A perfect time to tidy up the garden and move the green house.  It meant moving a few plants but it's now in a sunny spot that will be perfect for this years tomatoes and veggies.

We had good news on Saturday, which made us all happy, so we celebrated with a take away meal from our favourite Indian restaurant and watched "A Call to Spy" on Netflix.  It was a really good film about female spies, in France, in WWII.

And so we head into another week.  One where all our children are back in school.  I wonder what the week has in store?