This year, for the first time we decided to grow a pumpkin.  We bought one small plant from the local garden centre and went home and put it in a pot.

It soon started to grow and we had lots of little pumpkins appearing.  Unfortunately when they got to a certain size the died off.  Hubby Googled all things pumpkin and found out that it meant that they weren't being pollinated properly.  The next time we had male and female flowers (who knew such a thing existed?) he mixed the two together and things began to take shape. 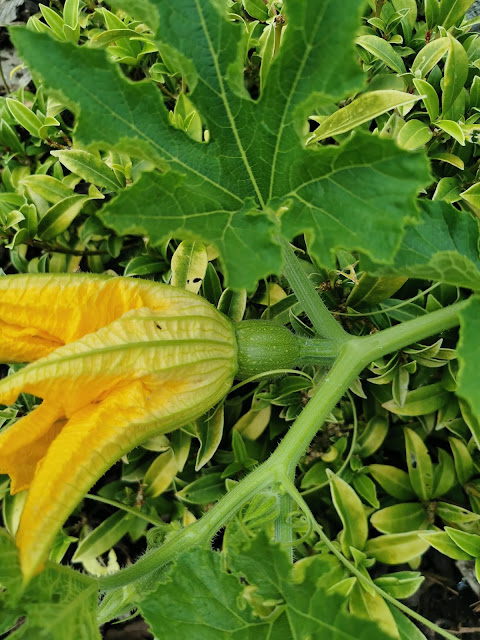 I watched closely over the next few weeks to see if it would grow.  And it did. 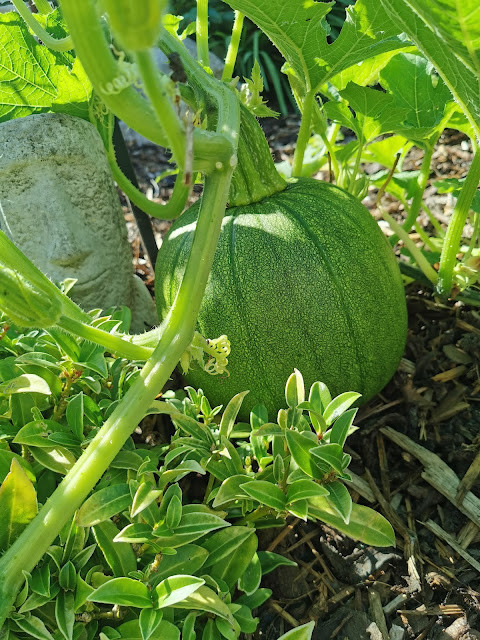 And it kept growing. 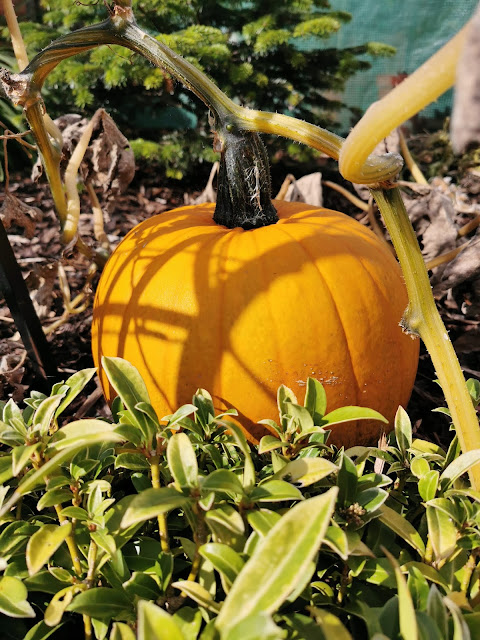 Until it was ready.
It's a little early for Halloween so I think next year we will start growing them a bit later.