the Teenager and I took the train through to Aberdeen as he had an orthodontic appointment.

We travelled past hills that still had a lot of snow on them. 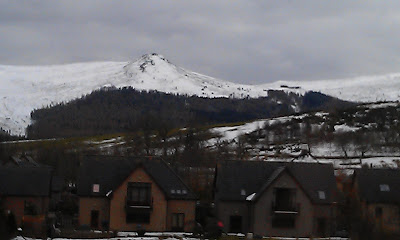 We spent a while looking for some new jeans.  Not easy to find a 29" waist with a 34" inside leg.  It seems if you have long legs you should have a big waist!!!  Luckily for me the Teenager is not into brands or expensive clothing.  He likes what he likes and if it only cost £8 then so be it (I've taught him well).  We ended up in Primark where we managed to get 1 pair of normal jeans and 2 pairs of coloured.  He's happy, I'm happy and I'm glad I don't have to take him shopping again for a long time.  He's a fussy person to buy for lol :0) 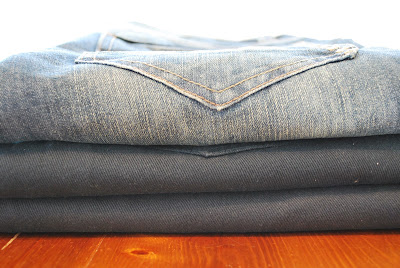 We went for his appointment and were in there 10 minutes but left with the good news that his fixed brace can come off at the next available appointment.  Unfortunately as there were no spaces left for next week he's having to wait until May as I can't get the time off work to take him any sooner and he'll be in the middle of his exams.  He's pleased as that's a whole 6 months earlier than thought.  He'll have to wear a retainer for a while but it won't be long till there will be no more 5 hour trips for 10 minutes appointments. 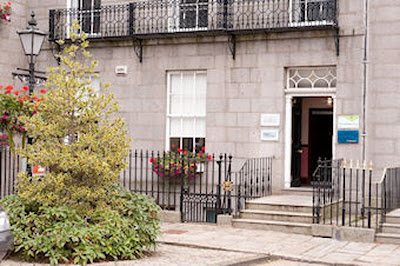 Photo from Google
We had lunch in Pizza Hut in Union Square where the Teenager actually had a conversation with his mother.  I know.  Who knew that teenagers could speak to their parents with out the embarrassment factor?  We had a laugh about some of the clothes we'd seen today and decided what we would do for the 4 hours in between his appointments next time we come through.  He also managed to eat his 14" pizza in record time so we could get the earlier train home.

All in all it was a good day and it's nice to know that I'm not too embarrassing to be seen out with :0)