It's the first week of the Easter Holidays and it's been a busy one.

Monday - Started my Spring Clean by blitzing the dining room and lounge.  Everything got pulled out, skirtings got cleaned, surfaces were dusted and things that "I'll just keep in case" were gone through and recycled.  I moved the furniture about a bit and now the dining room looks much brighter. 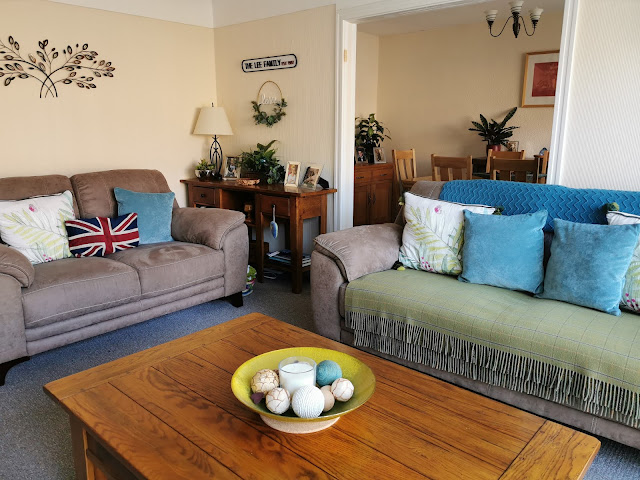 Went to get my 2nd COVID jab.  All done in 25 minutes.  Again the staff were amazing and had the whole process down to a fine art.

Tuesday - It was the kitchen's turn today and everything from the floor to the windows sills were cleaned. We don't use a lot of oil (mainly Frylight) since we started following Slimming World a few years back, but it's amazing how there can be a layer of grease on everything.  Does anyone else have the same problem?  Maybe we need to upgrade the extractor fan.

I managed to book tickets for Chester Zoo.  They open again on April 12th and we have tickets for the following weekend.  So excited as they have a new baby giraffe called Albert.

Wednesday - We headed over to Derbyshire for my father-in-laws funeral.  It was a lovely service and one he would have loved.  Everyone who spoke about him had a lovely story to tell and you could tell that he was also a much loved member of the village.  Everyone at the service was given an album of his time in Norfolk and some seeds to plant to remember him.  Were there hugs for the family?  That's not for me to say.  It was a long and emotional day. 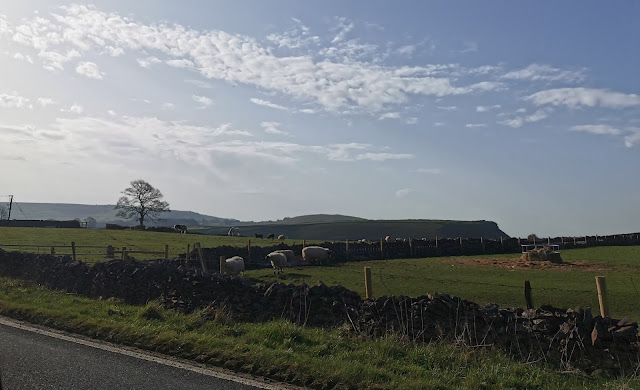 Thursday - We went to the the local garden centre to get some compost and seed trays.  No use having a green house if you don't make use of it.  We also bought some plants and tidied up the front garden.

Friday - Time to tidy up the spare, spare room as we like to call it.  It hasn't been used much in the last 18 months but I keep my wool supplies in there and every now and again stuff gets dumped in there before it gets put away.  I bet I'm not the only one who has a place like that.

Booked National Trust tickets for Tatton Park next weekend.  They are nearly fully booked already so I was lucky to get the times I did.

Planted my seeds, along with green beans and Sweet Peas.

Saturday - A bit of a down day on Saturday.  It wasn't something I could put my finger on.  I sat and listened to Audible and did my crochet, pottered around the garden and spoke to Hubby's mum later in the day.  Hubby did a curry for tea and I had an early night.

Sunday - A long walk at Thurstaston was just the ticket on Sunday.  It blew the cobwebs away and I felt much better than Saturday.  It's true that a bit of fresh air and greenery can lift the spirits.  Roll on the day that we live somewhere more green. 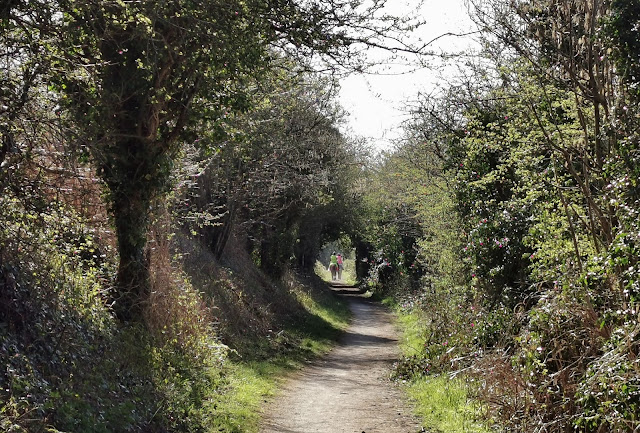 I finished my Hugs and Kisses blanket and just have to block it out so it keeps its shape.  I just need to decide what to make next.

Here's hoping that next week is a good week.