Woo Hoo!!  Only two weeks left at work before it's half term.  A whole week off but nowhere to go as hubby is working.  :0(    Never mind we have a few days away in July to look forward to.

I took time away from the laptop this week as I felt overloaded with information.   There's only so much that will fit into my poor brain at any given time. 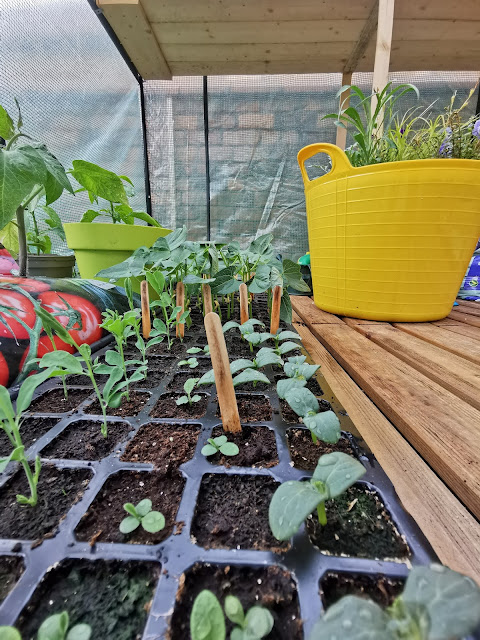 I pottered around in the greenhouse over the weekend and potted out my forget me nots and poppies.  They were the ones that I had planted, from the seeds we got given at dad's funeral.  They look healthy enough at the moment so I hope they keep growing.  I also planted out some sweet peas.

I had loads left over so I took them to the plant swap in the village. (They're my green beans on the top row). 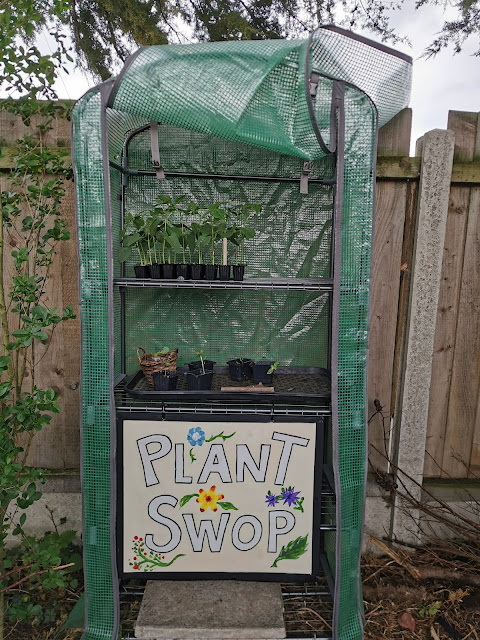 One of our neighbours has set up a little fabric greenhouse at the top of our road and if anyone has plants they want to share/get rid of, they can leave them there for the neighbours to take.  You don't have to leave anything to be able to take one.  I like the idea of dad's flowers/veg being shared around the village.  This weekend I left dwarf green beans, cucumbers and poppies.

I'm hoping for a quieter week this week.  What about you?